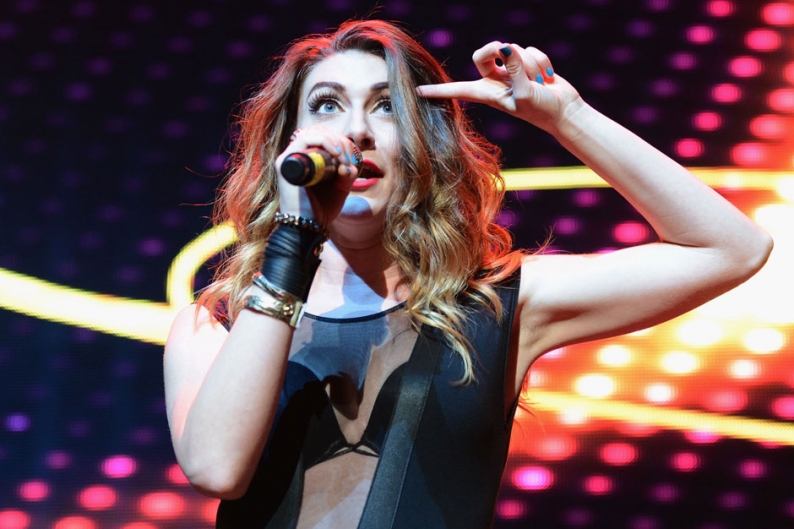 Drake’s new single “Started from the Bottom” is a thumb of the nose at his critics, an affirmation that, like Rick Ross, he can push his persona beyond its limitations and come out the other end even bigger. Of course, he can get away with this for a reason — the breadth of his artistic vision, as evidenced on his 2011 masterwork Take Care, allows him to blindingly feed his own mythology, however disingenuous he may be. We trust that his art will soon be great enough to push our suspicions of him back under.

Karmin, on the other hand, are a wart on pop’s knuckle. They got famous by turning rap music into an unending episode of America’s Got Talent — their Looney Tunes cover of Chris Brown’s “Look at Me Now,” which currently sits at 80 million views, is easily one of the most viscerally repgunant moments in contemporary pop culture. Their covers want to come off as sincere if not swag, but vocalist and rapper Amy Heidemann gives herself away with her absurd facial tics and ill-advised subsitutions for the n-word and other curse words (don’t say “dick,” everyone!) — she can’t contain her own amusement at the idea of a white girl rapping words written by black people. We are suspicious of Karmin, but have absolutely no reason to believe that their art will ever alleviate us of those concerns.

Which brings us to their remix of “Started From the Bottom.” Heidemann has graduated from covering hip-hop to writing her own verses, and here she appropriates rappers’ all-encompassing obssession with haters, dissing Rolling Stone’s Jody Rosen along with so-called copycats who’ve signed with labels in Karmin’s wake. Heidemann is dropping the pretense now and striving to be like any other rapper freestyling over the year’s hottest beat. It’s less deplorable than their covers but only marginally so; if Heidemann wants to be graded on the same curve as serious rappers, she won’t fair much better. Her delivery is still cartoonish and impossibly grating, right down to her absurd grunting ad-libs. She explicitly rejects comparisons to Nicki Minaj on the track, but Heidemann is Minaj with all her pulp extracted, a monster of pop machinery.