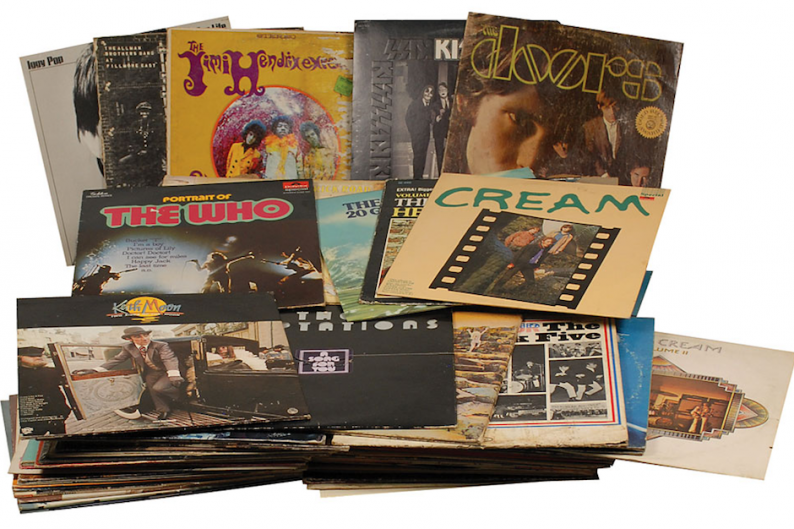 Hey, ho, let’s go bid on Joey Ramone’s record collection. The late Ramones frontman’s cache of vinyl is up for auction, NME reports. The trove of 97 records comes from Ramone’s estate and will be accompanied by a letter of authenticity from his brother Mickey.

Bidding starts at $500 via RR Auction. Don’t expect it to end there, though. At roughly five bucks a pop, that’d be a nice price for this collection even without the Ramone factor — and even if you assume the worst of the records’ advertised “very good to fine condition.” Celebrated records by famous names like the Doors, Jimi Hendrix, Cream, the Who, Iggy Pop, and others make up the bulk of the set, though a quick glance also reveals power-pop by Pezband and underground rock by Pink Fairies, among other lesser-known titles. The auction opens February 14 and closes February 21.

If you’d rather not risk overpaying for some records you might already own, plenty of other Ramones-related stuff is also on the block. For a starting bid of $300 you can own one of Joey Ramone’s leather jackets, though we don’t know if you can try it on first. Guitars, T-shirts, passports, and glasses are also available. Because nothing is more punk rock than paying hundreds of dollars for memorabilia. Although maybe Bradford Cox should start a Kickstarter campaign?

A Joey Ramone solo album, …Ya Know, came out last year, with a 30 Rock-assisted music video. There were also reports last year of an upcoming film about the rise of fabled New York City punk venue CBGB, though it faced some opposition at the time. And don’t miss the Ramones’ bitingly entertaining 1975 one-sheet.