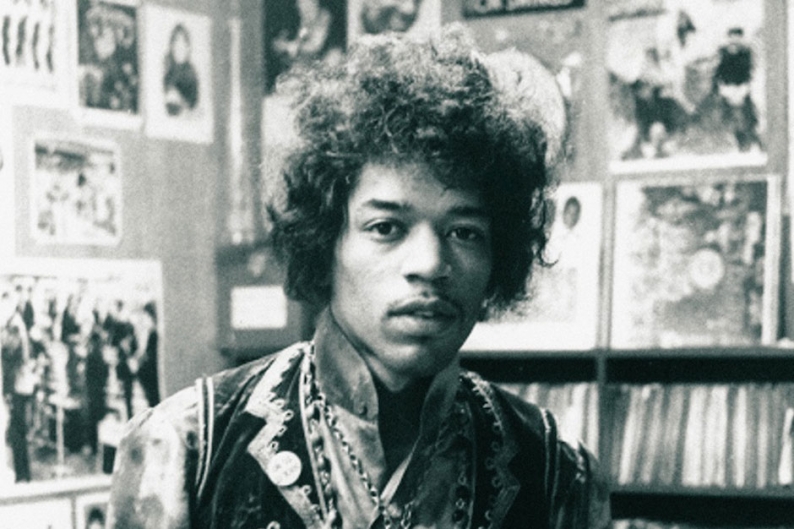 Jimi Hendrix will return on March 5 with the release of People, Hell and Angels, the first compilation of previously unreleased Hendrix recordings in more than 15 years. In advance of that upcoming LP, the fallen legend has been resurrected on behalf of Record Store Day 2013 for the annual vinyl celebration’s official poster. The black-and-white photo, which can be seen down below, was taken while Hendrix was shopping at a small record store in New England just before the 1967 release of the Jimi Hendrix Experience’s landmark debut album, Are You Experienced.

“It’s entirely appropriate that an image of Jimi Hendrix is on the official Record Store Day poster,” Hendrix’s sister, Janie, said in a statement. “He was an avid music fan and record collector himself and, of course, his recordings are among the most enduring and cherished of all time. Jimi’s musical legacy and influence grow with every passing year so, in a sense, he makes Record Store Day last much, much longer than 24 hours.” And that makes Record Store Day Ambassador Jack White very proud, we’re sure.

As per the press release, only 5,000 copies of the 24″ x 36″ poster will be made, and they’ll be given out to Hendrix disciples at participating record stores. Fans should contact their local record shop the week of Record Store Day 2013 for further details. For a list of stores participating in this year’s Record Store Day (April 20), click here.

Organizers for RSD also confirmed another Hendrix exclusive: a limited edition 7-inch vinyl single containing the original mono mixes of “Hey Joe” and “Stone Free,” which have been unavailable since their 1966 release. That individually numbered single joins a roster of treasures that already includes Stephen Malkmus’ cover of Can’s 1972 album Ege Bamyasi, a reissue of Hüsker Dü’s first single, and more. 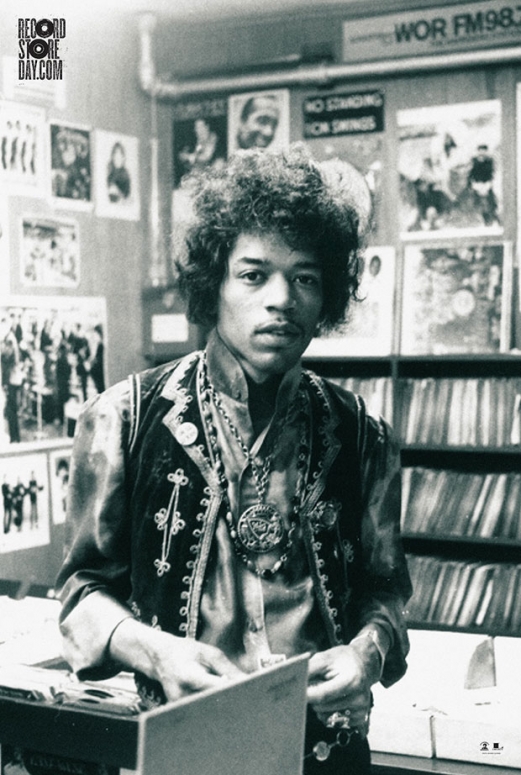