"The thought of opiates makes me feel anxious and sick" 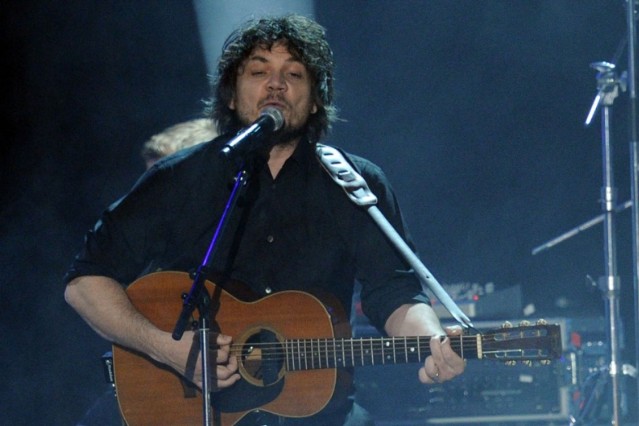 Jeff Tweedy fought off his prescription painkiller addiction nearly a decade ago, but the Wilco frontman is still plagued with memories from his drug abuse.

The alt-rock icon recently opened up for an extensive interview with Curb Your Enthusiasm star Jeff Garlin for an episode of the comedian’s new bi-weekly podcast, By The Way, In Conversation with Jeff Garlin. Most of the 102-minute Q&A, which was recorded in front of a live audience at the Largo in Los Angeles, focuses on Tweedy’s relationship with fame, success, and fans, but toward the end, the Illinois native delves deep into the drug problem that sent him to rehab in 2004.

“I don’t put myself in situations where I have to exercise a lot of willpower,” Tweedy said. “I think that’s really much more important than having willpower.” He continued, admitting that he had a hook-up with an employee at his local Walgreens. “I would actually get real prescriptions and he would double and triple them,” the alt-country icon said. “After a while, I would just drive through and he’d just give me a bag of 100 Vicodin or something like that.”

When he did eventually receive treatment, Tweedy said he also earned “the nicest thing anyone’s ever said to me by far.”

“I was allowed to play the guitar and I was sitting there, playing [A Ghost is Born track] ‘Muzzle of Bees,'” he recalled. “This guy came up to me and he said, ‘You know, you’ve got something. I don’t know what it is but you just lack confidence. What you need to do is get out there and get in front of some people and play your music for other people.'”

“It was completely unsolicited and uninhibited by any kind of persona or culture of whatever,” Tweedy said. “It was a generous thing for somebody to come out of his way and say something encouraging and nice to his fellow traveler with the same problems… I think about that guy all the time.”

Throughout the rest of the interview, Tweedy talks about reality television, getting mistaken for Johnny Depp, and how much he likes hating things. The Solid Sound Festival leader also cops to enjoying Wife Swap, unveils his best Nick Lowe impression, and marvels at Sammy Hagar’s live show.

Listen to the entire episode here or download it directly here.