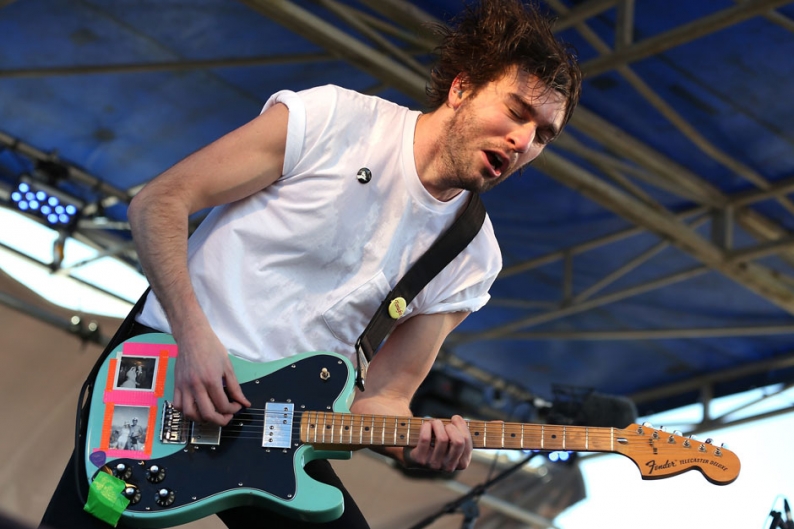 Sometimes wishes really do come true. A couple weeks back, SPIN hoped that Japandroids’ glorious Celebration Rock stunner “The House That Heaven Built” would become the official arena entrance theme for Vancouver hockey team the Canucks. This wasn’t some idle daydream — the Canadian NHL franchise was hosting a contest (dubbed “Project NU2″) to determine what song would blast from stadium speakers at the start of each game. And, lo-fi and behold, the runner-up on SPIN’s 40 Best Songs of 2012 list was one of the finalists, up against Guns N’ Roses’ “Welcome to the Jungle,” Volbeat’s “A Warrior’s Call,” DJ Meg’s “Stockholm,” Static in the Stars’ “We Are,” and, most distressing of all, Nickelback’s “Burn it to the Ground.”

Thankfully, the Canadian duo’s dramatic call-to-arms has been declared the winner. The Canucks’ official Twitter account broke the news just before last night’s game against the Phoenix Coyotes: “There it is! @Japandroids won Project NU2 – and by a long shot,” the tweet read. As Exclaim! points out, Brian King and David Prowse’s now-officially arena-sized epic will be placed in rotation with several other tracks, taking the place of the Canucks’ previous entrance anthem, U2’s “Where the Streets Have No Name.”

Too bad SPIN’s pick for 2012 Band of the Year couldn’t help the Vancouver team beat the Coyotes; the Canucks finished the game with a 4-2 loss. Oh, well — “If they try to slow you down / Tell ‘em all to go to hell,” right?