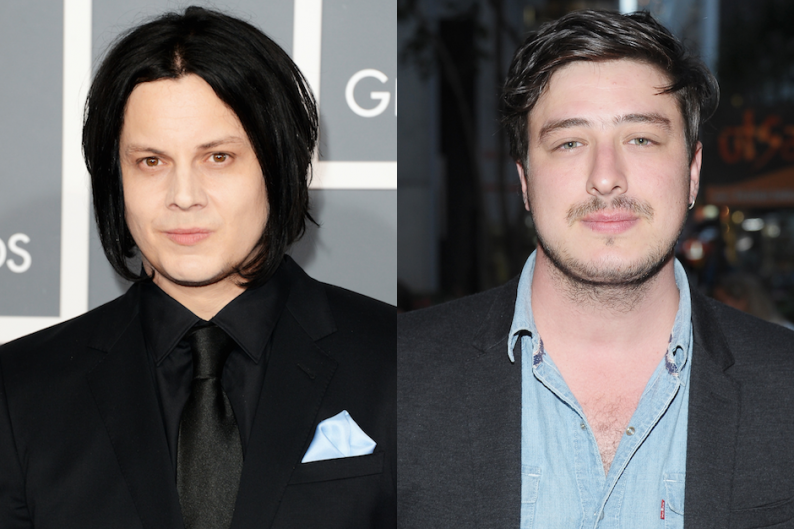 In a perfect world, Jack White’s expletive-worthy Grammy Awards performance ought to have sent New Bland America-folkies like Mumford & Sons and the Lumineers back to their refurbished, vintage drawing boards. In the actual world, Album of the Year winners Mumford saw their hypoallergenic-hoedown blockbuster Babel climb back to No. 1 on the charts.

The White Stripes frontman would probably be too classy to insult a fellow Grammy performer, but he was more than necessarily positive in discussing these bands’ success during a recent Rolling Stone  interview. Asked about the big chart wins for acoustic bands like Mumford and Lumineers, White responded enthusiastically. “I think it’s brilliant that that music is catching people’s attention,” he’s quoted as saying. “It’s beautiful.”

Although White was careful not to suggest acoustic-based music is more real than other styles, he did indicate he believes such music can form a more intimate bond with listeners. “I think these acts nowadays are keeping people’s ears open to the idea of the soulfulness of folk-style music and acoustic music, and you get a little bit closer to the musician, to the writer, at times,” he said. “It doesn’t have to be about them. I don’t think it’s about authenticity at all. It’s just about the idea that style can sometimes bring you in and bring you closer, like someone sitting at a piano can.”

White recalled how, when the White Stripes played the Grammys in 2004, he chose to play not only Elephant rocker “Seven Nation Army,” but also a cover of Son House’s Delta blues standard “Death Letter.” Revisiting the White Stripes’ performance (below), though, it’s hard not to wonder whether he’s just being nice; the Stripes’ take on “Death Letter” was raucous, fiery, and unpredictable, everything the current beige shade of chart-friendly banjo music isn’t.