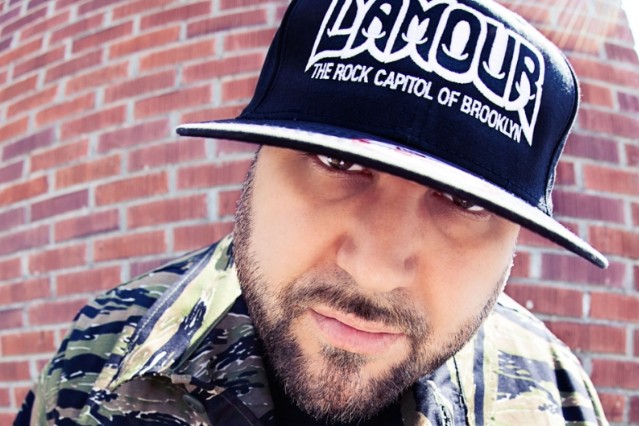 New York rapper Ill Bill has been bobbing and weaving through the hip-hop underground for a couple of decades, moving in and out of Queensbridge old-schoolers, Brooklyn left-fielders and everything in between, plus carving out a wider swath of territory with groups like Non Phixion and La Coka Nostra. But for his own works, the man born William Braunstein makes moves like his pal El-P, taking his time, releasing a solo album roughly every four years.

The Grimy Awards is his third outing and it was worth the wait. Bill describes his latest as, “a collection of songs I wrote in tribute of my life’s most important influence. It’s kinda like my own personal awards show delivered through beats and rhymes.” Indeed, this LP feels like a tour through some monumental moments, but that’s also owed to the quality of the songs.

Thanks to his deep ties in the rap community, Bill wrangles some beat-making legends to soundtrack his fierce rhymes: Pete Rock, Large Professor, DJ Premier, and DJ Muggs, among others. El-P also contributes, plus raps on, “Severed Heads of State,” and other guests include HR of Bad Brains, A-Trak, O.C. and Cormega, Mayhem Lauren, and members of M.O.P. and Jedi Mind Tricks. It’s a rogue’s gallery of truly grimy heavy hitters, and our host has no problem keeping up with their gritty productions and verses.

Ill Bill is a grateful man to be sure, but he’s also a wicked rhyme-slayer.