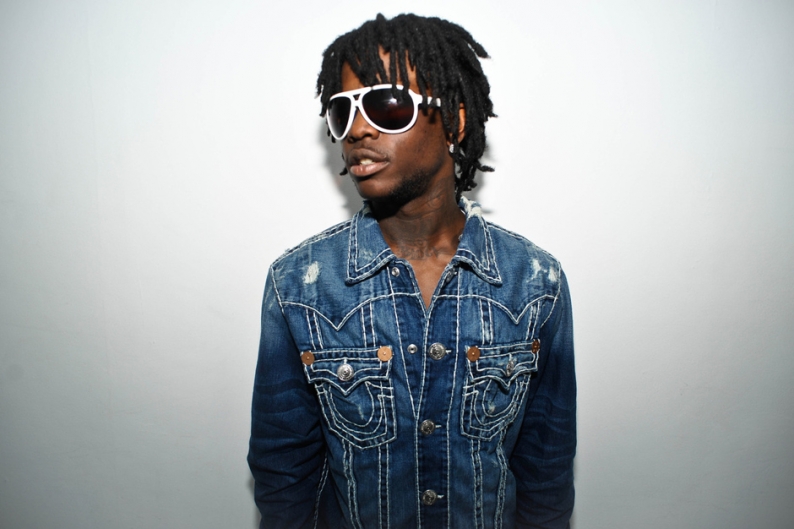 Only a day after Burger King’s Twitter account was hacked by a person or group who claimed the fast food giant had been sold to McDonald’s, Jeep’s online avatar suffered an identical fate. Early Tuesday, the Chrysler-owned company Tweeted that it’d been bought by Cadillac, a brand belonging to General Motors. The hoaxes had something else in common as well: both shouted out legally-troubled Chicago rapper Chief Keef.

“GUHTI” is “iThug” spelled backwards, and the account in question has since been suspended. Burger King actually picked up several thousand followers as a result of the hack, which perhaps explains why MTV lamely faked a third breach after the Jeep news broke. Working with their brothers from another mother at BET (the shared father being Viacom), they executed a similar swap, though with less “coarse and thuggish vernacular.”

ON A SCALE OF 1 TO RATCHET, HOW MUCH BETTER ARE THE @bet AWARDS THAN THE VMAS??? #MTVHACK

Just … no. In any case, below you’ll find the Keef (plus Lil Reese and Meek Mill) props from the Jeep kerfuffle, including the words, “FUCK A TOOKA GANG BITCH IM #300,” which is a reference the Chief song, “3hunna,” not to mention a dis on the Rock Ross-hating Gangster Disciples whose Tooka branch operates in South Side Chicago. The auto manufacturers quickly got a handle on the situation and are “back in the driver’s seat.” Har har.