Who: Rappers Meechy Darko and Zombie Juice, and producer Erick Arc Elliott, grew up together in Brooklyn’s Flatbush neighborhood, learning how to make music from a young age while sharing an enthusiasm for the cinematic repertoire of George A. Romero. “We used to watch Night of the Living Dead every night,” says Juice. “Every night.” From their friendship, the group grew naturally, and around three years ago, they solidified as an official trio. “It wasn’t like some Voltron shit where we were like, ‘Oh, let’s come together and be this great thing!'” says Elliott. “It was more like ‘Yo, you wanna come over to the shack?'”

Trippy Mane: Elliott bejewels his sometimes-sludgy boom-bap with picturesque synth melodies, a vividly strong foundation for the waviest of Meech and Juice’s flows. And the rappers’ vocal pitches are so complementary they practically harmonize, Juice on the higher end, Meech on the low. Lyrically, they counter anomic, acid-dropping disillusionment with spiritual awakening. In March, they’ll release Better Off Dead, their follow-up to last year’s DRUGS mixtape. “I tried to use more organic sounds, and it’s a little more live-sounding,” Elliott says of the new record. “Same themes, still has our Zombie aesthetic, but just different.”

The Serpent and the Rainbow: The idea of “zombies” might conjure drooling, brain-eating maniacs, but to this trio, it means much more: a bottom-line, acid-inspired philosophy that permeates every aspect of their music. “The ‘zombies’ thing was created through Juice and I’s experimenting with psychedelic drugs,” Meech says. “It was about the rebirth of a new consciousness, ditching my ego and starting over. But zombies are infectious, and that’s what’s going on with our way of music and way of life. So it kinda works superficially and metaphysically. That and we don’t sleep much.” 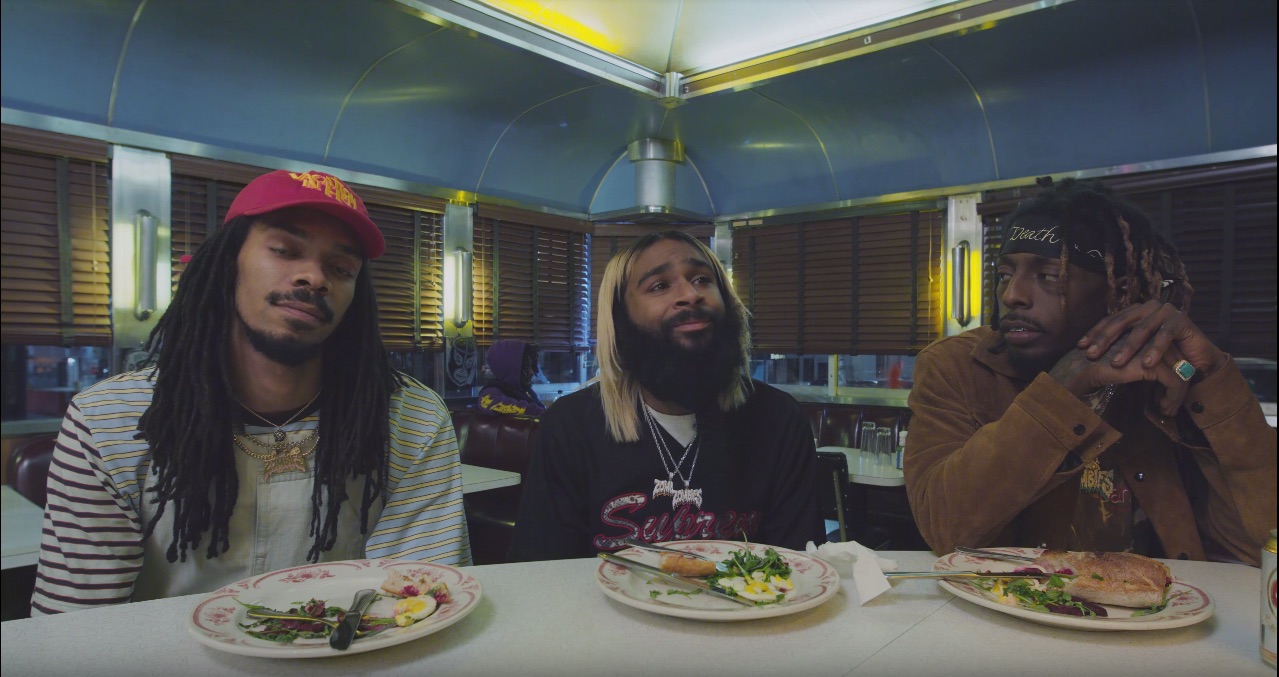 WAFFLEZ4LIFE: Last year, the Zombies busted out with “Thug Waffle,” a gritty, herbal anthem accompanied by a video laden with Eggos and nugs. But as a result, the self-aware trio spent the last year proving they were evolving as lyricists. “Okay, when shit like ‘Thug Waffle’ drops on the Internet, with a bunch of crazy motherfuckers with gold teeth dropping acid and smoking pounds of weed, automatically, most people gonna be like, ‘What the fuck is this shit?'” says Meech. “Most people were like, this is just gonna be some shit people like for a month and it’s gonna disappear. But everything we say now, people grasp onto and listen. So now we feel very conscious as artists when we write. Like, this is history. If we say this on a rap, we have to stand by what we said for the rest of our lives.”

Flatbush Zombies, This Is Happening