The Coathangers have always understood that you can communicate more by throwing a party than giving a speech. Atlanta’s back-alley rock queens started out “Gettin’ Mad and Pumpin’ Iron” and commanding someone to “Nestle in My Boobies,” but when 2011’s Larceny & Lace wasn’t summoning a “Hurricane,” it was showing a band increasingly comfortable in the eye of the storm: The raspy “Jaybird,” for instance, paid rambunctious tribute to the late Jay Reatard. “Derek’s Song,” from the band’s March 5 split single with Suicide Squeeze labelmates Nü Sensae, comes after the death last year of Seattle musician Derek Shepherd, seen here in a photo with the Coathangers. Once again, they mask their pain well, bashing out an upbeat garage-pop rollicker about how, as drummer Stephanie Luke roars here, “It’s never enough.” Once again, they leave us always wanting more.

* with Trail of Dead 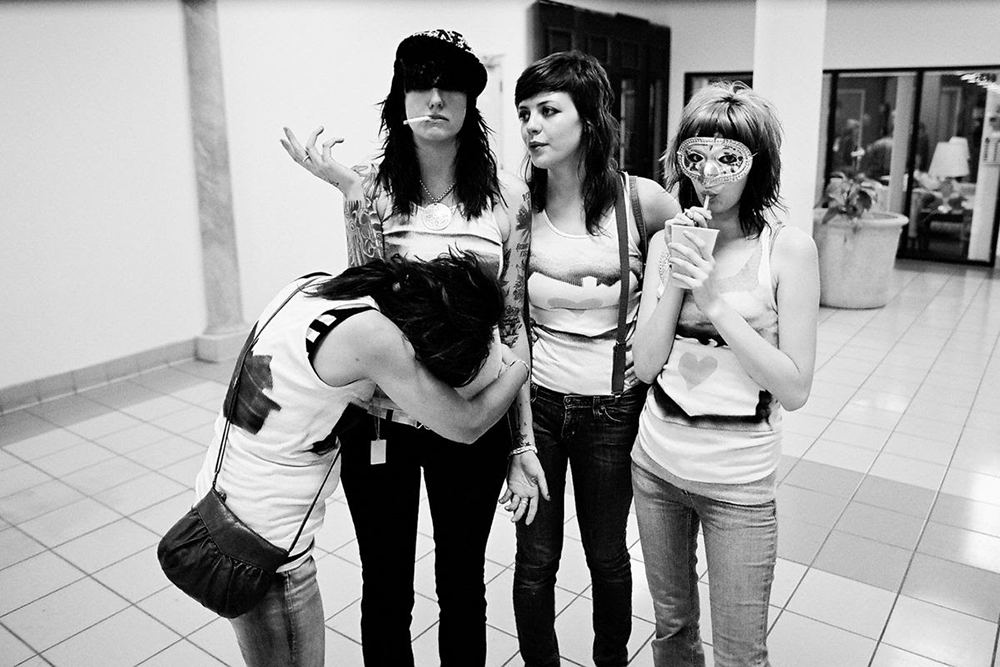