So Maybe Beyonce Didn’t Blow the Superdome’s Lights Out

Or so the NFL would have you believe 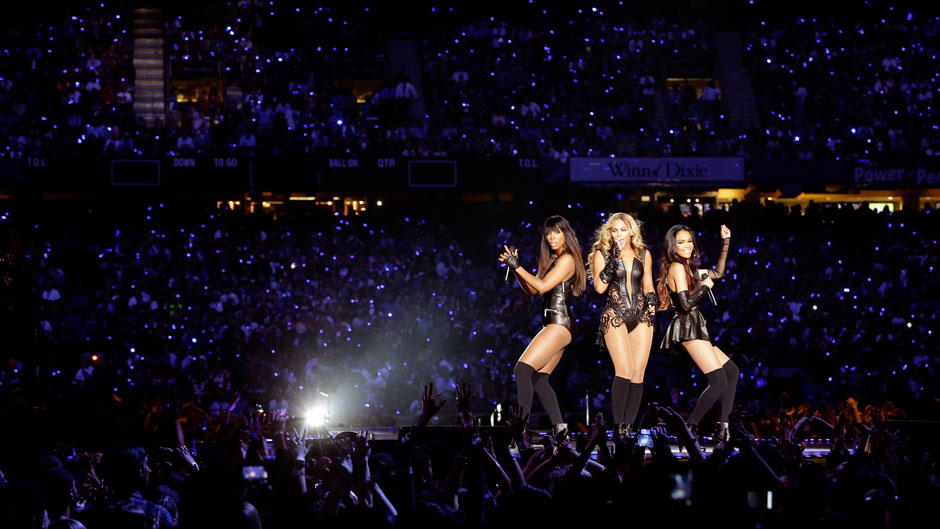 Those of us who witnessed Beyoncé’s Super Bowl XLVII Halftime Spectacular can attest to its singular explosiveness. No, it didn’t seem at all out of the ordinary that minutes after Bey launched sparks and fireworks into the air as her silhouetted effigy blazed behind her, the lights in New Orleans’ Mercedes-Benz Superdome went out. The 33-minute power outage delayed the game, kept the capacity crowd — some 72,000 people strong — in the dark, and magically did what sports superstitionists dubbed a transference of energy between the Baltimore Ravens and the San Francisco 49ers. Logically, it followed that the surge of metaphorical power on the stage caused the literal power to surge behind the scenes.

Not so, Superdome officials took their sweet ass time to finally decree on Monday (February 4). According to Doug Thornton (via USA Today), the venue’s manager, Beyoncé couldn’t have caused the power failure because the halftime show was run on “generated power” separate from the Superdome’s main power system. In fact, because the house lights were dimmed to draw attention to the main stage at halftime, the power grid was less taxed than normal.

“There’s no indication at all that this was caused by the halftime show,” NFL commissioner Roger Goodell told reporters at Reuters. “I know that’s out there, that Beyonce’s halftime show had something to do with it. That is not the case from anything we have at this point.”

Boringly, the outage was most likely due to an abnormality detected in an external substation, which triggered an automatic power shut-off at the Superdome. Don’t know about you guys, but we’re going to continue to believe in the stadium-shuttering power of Beyoncés hip thrusts.