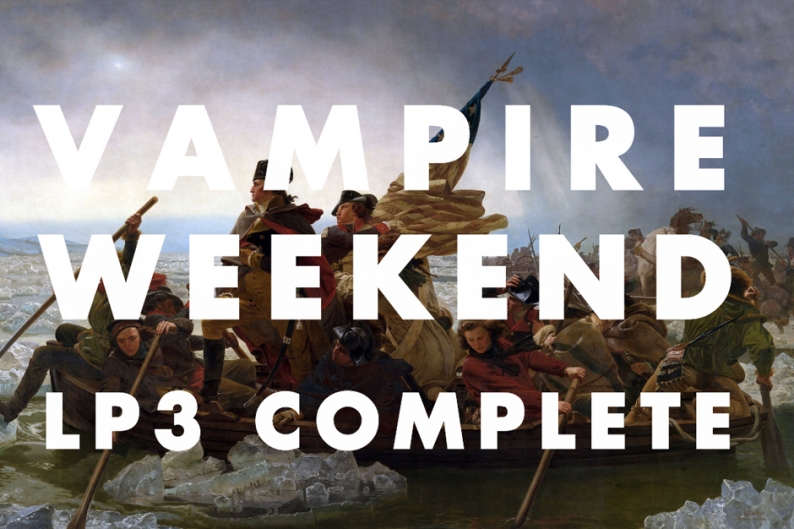 Vampire Weekend will release their third album, so far given the likely temporary moniker LP3, on May 7 via XL Recordings. The long-awaited long-player is, of course, among SPIN’s 50 most anticipated albums of 2013, and with good reason. When we spoke to the New York quartet earlier this month, multi-instrumentalist and in-band producer Rostam Batmanglij promised something “instinctive … simple and bare” so that listeners can “hear us coming through the speakers.” Last year’s Jimmy Kimmel Live! debut of “Unbelievers” certainly seemed in line with that preview, emphasizing acoustic strum, piano play, and simple drums. Now we have another new one to pick apart, thanks to fan blog Team Vampire Weekend dubbed “Arms.” The song was recorded at Vampire Weekend’s show at the Metro Theatre in Sydney, Australia last night (tonight, really) and features a similarly relaxed sprawl powered by hand drums, chiming keys, and sweeping strings. As Stereogum points out, the aural influence of Paul Simon’s Graceland still looms large as Ezra Koenig sings of hallelujahs and chandeliers.

Also, beware what you read. Incorrect reports have been surfacing this morning that Vampire Weekend have shared the title, cover, and track list for their forthcoming album. This appears to be a hoax, as XL has denied that the May LP is called Lemon Sounds and also, the supposed YouTube teaser is so very clearly not a Vampire Weekend song. The faux cover is a decent mock-up of the band’s aesthetic, and as for the track list, while it does include a few known titles — “Diane Young” and “Obvious Bicycle” among them — it is very likely also fabricated.