'History of the Eagles, Part One' looks back at aging rockers' mottled past 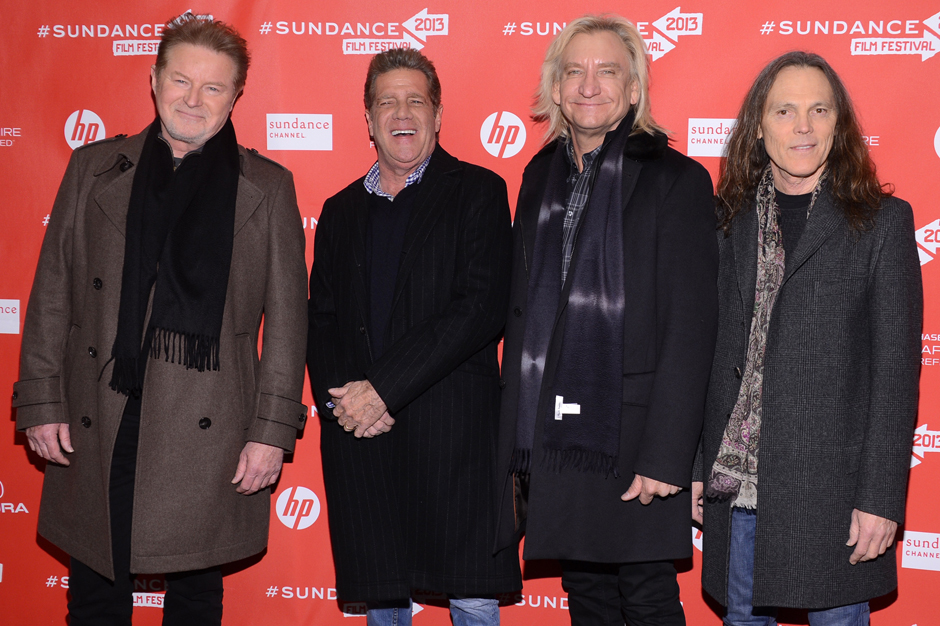 Following Dave Grohl’s star-studded Sound City Players performance — which included significant contributions from Stevie Nicks, Rick Springfield, and others — Sundance continues to roll out the bona fide rock legends from whatever velvet-lined, sober living facility the film festival is no doubt keeping them in. As the audience jockeyed for seats at Park City’s Eccles Theatre for the premiere of History of the Eagles, Part One on Saturday night, showgoers quickly realized that they had royalty in their midst: the Eagles themselves came out for the opening, and stuck around after for a surprise Q&A.

Thanks to filmmakers Allison Ellwood (Magic Trip) and Alex Gibney (Gonzo, Enron), the documentary transcends puff piece to reveal the folk-rock legends’ mottled past. It includes not only vintage live footage and intimate unreleased home movie-style material, but interviews with virtually everyone associated with the band including scorned ex-members and former business partners like David Geffen. We see the drugs, the women, the devastated hotel rooms, the gleaming successes, and the ugly infighting that marked the group’s rise from the ’70s Los Angeles scene to the world stage.

Asked how it was to watch all of this unravel across the big screen, founding frontman Glenn Frey admitted that it was “disconcerting,” but added that the Eagles’ story is “so much bigger than the individuals involved.” As for why they decided to make the film now, he first joked that “there was something celestial involved” before leveling: “We’re all starting to venture into our early 60s and we figured we should do this while we can still remember everything.” As for ever-persnickety co-founder/drummer/singer Don Henley, he had an even simpler explanation: “Our manager said we should do it, so we did it.”

But Frey also hinted that tour plans are in the works. “The future? We don’t know. We’re taking it one year at a time these days,” he said. “But we have been looking into going back out on the road and playing some shows soon, maybe incorporate some footage. We just haven’t decided when yet.” One crowd member blurted out that they should play Park City. Frey was quick: “It’s hard enough playing these songs at sea level, bro.” He also explained that when the two-part History (set to air on Showtime in February) eventually hits DVD, it will include a bonus disc of Hotel California-era concert footage.

As in the film, bassist Timothy B. Schmidt (a late addition to the band) was fairly quiet for the chat, while guitarist Joe Walsh offered the lion’s share of the comedic relief. When asked why he gloriously brutalized so many hotel rooms, he put the responsibility on his destructive mentor: “I don’t know. Keith Moon of the Who taught me how to do all that stuff … One time I put my entire room on the ceiling, upside down.” Despite himself, Henley began cracking up as Walsh continued. “If you could get across the state line before the maid opened the door, that was perfection.”