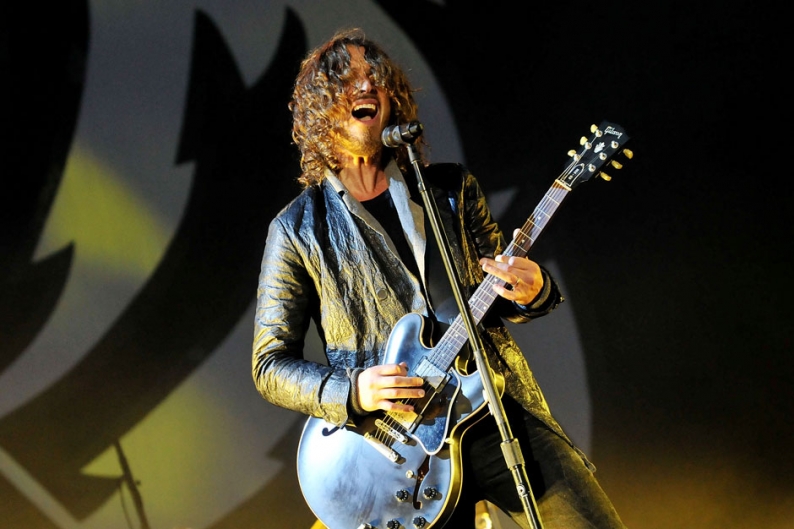 Chris Cornell and Soundgarden have been added to the list of artists performing at the inauguration galas celebrating the second term of President Barack Obama, the Presidential Inaugural Committee announced today (January 18). Yes, that’s right: The band that wrote “Full on Kevin’s Mom” will be playing at this country’s most storied and prestigious musical event.

On January 21, Cornell will play solo at the Commander-in-Chief’s Ball, which honors the men and women serving in the armed forces. He joins Alicia Keys, Brad Paisley, Jennifer Hudson, Marc Anthony, and Jamie Foxx on the bill.

For the Inaugural Ball, the “Rusty Cage” howler will take the stage with the other members of Soundgarden, piling onto a lineup that also features fun., Katy Perry, Stevie Wonder, Smokey Robinson, Usher, John Legend, Far East Movement, Black Violin, Maná, and members of the Glee cast.

Inauguration vet Beyoncé will sing the national anthem at the swearing-in ceremony Monday morning, while Kelly Clarkson is booked to belt out “My Country, ‘Tis of Thee,” and James Taylor will handle “America the Beautiful.”

This is quite the distinction for the reunited Soundgarden — too bad the Seattle rockers didn’t make Obama’s Spotify playlist.