A live concert film/DVD may also be on the way, and the jazzy improv track "Chapter & Verse" leaks 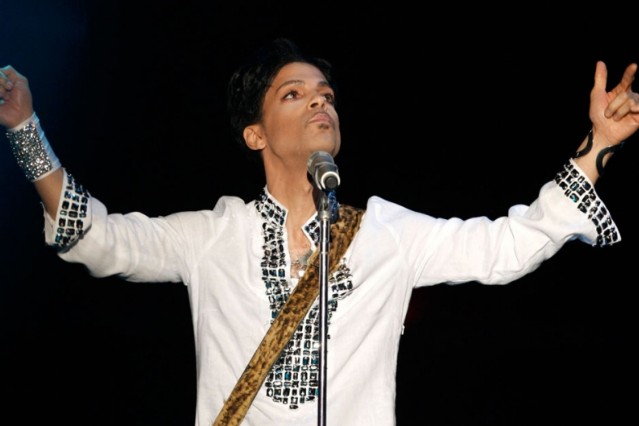 Last week, Prince hinted at a new single called “Screwdriver,” and today it finally arrived in full as a half lyric/half performance video on Prince’s new official site 20pr1nc3. After spending the past six years since 3121 alternating between purple funk and Hendrix-inspired guitar albums, the sort of power pop found on “Screwdriver” is a departure. Centering around the Prince spell-checked chorus “I’m ur driver, ur my screw,” it’s unlike anything else in his recent catalog, sounding as if the Candy-O-era Cars covered Prince’s Dirty Mind hit “When You Were Mine.”

Also on the Artist’s official new site: a teaser-trailer for what appears to be a  concert film shot in 2009 during Prince’s performances at the Montreux Jazz Festival. As Antiquiet notes, if the clip is indeed the harbinger of an upcoming DVD release, it would be the PurpleOne’s first since 2003’s Live at the Aladin.

Meanwhile, Minneapolis’ the Current spoke to the three women who now form Prince’s backing band: Donna Grantis, Hannah Ford, and Ida Nielsen. The interview brings to light some interesting things about Prince. To wit, he recruited Nielsen via MySpace (Prince uses MySpace!), and that Prince thoroughly enjoys playing ping-pong (someone call Dave Chappelle!). The band hasn’t decided on a name yet, but for now they’re going by the moniker “Untitled.” No news concerning where all these new tracks are going to wind up, but Nielsen promises, “A lot of great things ahead, it’s going to be a really big year. We’ve got some dates coming out.”

And finally, the mysterious YouTube user 3rdEyeGirl that continues to post unreleased Prince tracks — including a snippet of “Screwdriver” last week — is perhaps not a machination of Prince after all. The account is most likely affiliated with the Paisley Park Records crew. In the video for “Screwdriver” we can see that image used as the 3rdEyeGirl avatar appears on the backing band’s drum set. After the full “Screwdriver” dropped, 3rdEyeGirl posted yet another new song, “Chapter & Verse,” a funky live improv that finds Prince riffing about Sherlock Holmes and a sack of purple money. Check out that cut below.