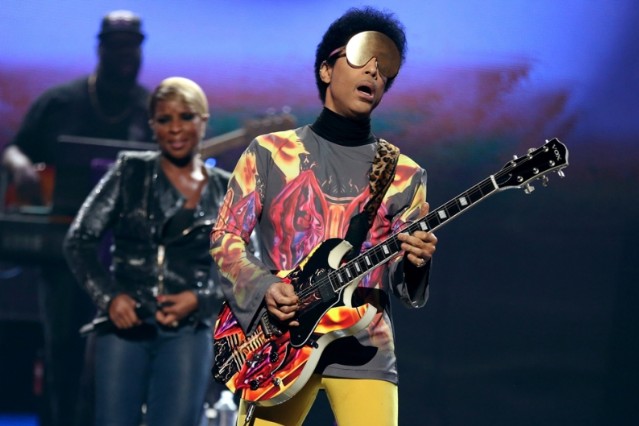 In a new story on Prince, Billboard reveals that the tiny funk god directed writer Gail Mitchell to watch The Adjustment Bureau, the Matt Damon-starring 2011 action-thriller based on a Philip K. Dick novel, in order to prepare for their interview. She was also instructed to familiarize herself with the anonymous Twitter account that’s been leaking his music of late (see “Same Page Different Book” and “Screwdriver”), and to watch a web interview between a Prince superfan and a blogger named Dr. Funkenberry (also a Prince superfan). All of this begs the question: At what point did the Purple One actually lose his mind?

Was it when he famously became a glyph for awhile? Or that time that he told MTV that the Internet is “completely over”? Did it happen when he released the song, “Let’s Go Crazy” as part of an integrated marketing scheme? Or perhaps when he made that one artist stop photographing his incredible handmade miniatures of the Artist? Apparently it’s been going on for awhile, as Mitchell writes, “Later, back at my hotel, I’ll be re-creating our conversation from memory. This is how Prince interviews have unfolded for many years. He remains adamant about not allowing reporters to record their conversations with him.”

Prince claims writers in the past have attempted to sell his voice. But he also pooh-poohs her taking notes: “That would be just like texting,” he says, after inviting Mitchell to his Paisley Park complex in Minneapolis to chat … maybe. Before he actually grants the three-hour interview that ensues, he “auditions” his interviewer, hitting her with a pop quiz about how to best market his new lyric video. Also: “His Afro is covered by an incongruous hat in the shape of a lion. His other eye-catching accessory: wedged silver shoes adorned with periodically flashing red lights.”

Seriously, regardless of your feelings on Prince’s music and his creative legacy is undoubtedly sealed and secured in many ways), the article is worth a read if only to get a good look at crazy.