Funk legend and hip-hop sample cornerstone passes away in his hometown of Trotwood-Dayton, Ohio 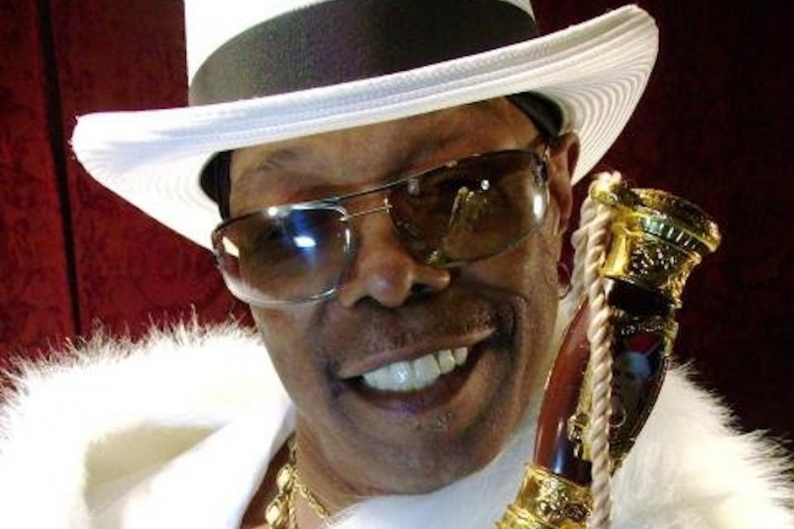 Leroy “Sugarfoot” Bonner, frontman and founder of legendary funk group Ohio Players, passed away on Saturday at the age of 69, according to a post on his Facebook page. No other details are available, but an official family announcement says he passed away quietly in his hometown of Trotwood-Dayton, Ohio.

The statement continues, “Humble yet charismatic, soft spoken and of few words, the weight of his thoughts, lyrics, and music has influenced countless other artists, songs, and trends. He will be missed but not forgotten as his legacy and music lives on. More details and an official historical perspective of his career will soon be forthcoming.”

The Ohio Players stormed the 1970s with a hard-swinging sound that combined heavy funk grooves, radio-dominating pop hooks, punchy horns, and sensual album cover art that often became more talked-about than their music (for example, the cover of 1975’s No. 2 charting Honey was the source of one of rock history’s most enduring urban legends). Formed in the early 1960s from the ashes of Dayton R&B group the Ohio Untouchables, the Ohio Players became intergral in funk’s domination of the following decade. Their ubiquitous hits “Fire” and “Love Rollercoaster” topped the Hot 100, and three others (“Funky Worm,” “Sweet Sticky Thing,” “Who’d She Coo?”) topped the R&B charts as well.

Though Bonner was touring a version of the Players up until his death, you will hear their contemporary legacy most loudly in bands like the Red Hot Chili Peppers (who covered “Love Rollercoaster”), disco revisionists Escort (who evoke them on their recent self-titled LP), and in more than 200 rap songs that sample them. In the hip-hop world, nothing has been more indelible than 1973’s “Funky Worm.” After appearing in songs on N.W.A.’s landmark 1988 album Straight Outta Compton, sampling, interpoliting, and evoking “Funky Worm”‘s swirling, buzzing Moogs became the sound of an entire generation of West Coast hip-hop producers. The tradition is still alive today, as you can even hear a funky worm replay in the coda of Kendrick Lamar’s recent “m.A.A.d city.”