Teenaged Polish beatmaker, who crafted 'Finally Rich' bonus track, keeps it all about the trap 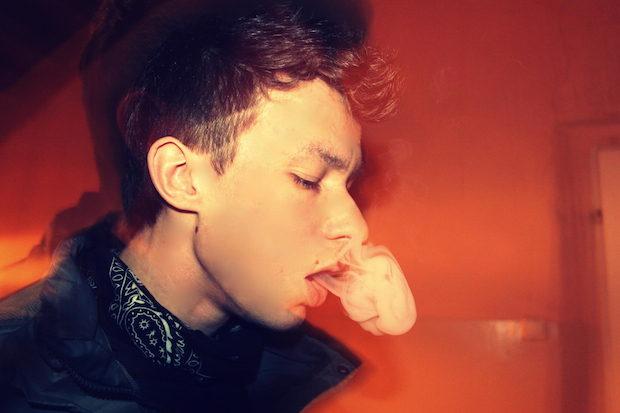 One of the most exciting songs on Chief Keef’s Finally Rich is the bonus track “Citgo,” a melodic mumbler with an absolutely gorgeous beat. It’s like some missing link between the glitch-smack of trap and the stoner bliss of “cloud rap,” or whatever the hip-hop in your Tumblr feed that makes you long for opiates is tagged these days. “Citgo” was produced by Young Ravisu, a Polish teenager discovered by Chief Keef via YouTube. This makes sense. Every element of “Citgo” is just a little bit off and always for the better. It’s the sound of Atlanta mutated by Chicago and misheard by a trap-rap fan in Eastern Europe. The drums hiccup in the background, denying visceral rewards, and the futuristic synthesizers that define so much aggressive hip-hop have no edge at all; they’re simply bouncing blobs of warmth. The other day, I compared it to something off of Fripp & Eno’s Evening Star. I wasn’t being facetious.

Young Ravisu’s doing that Kanye West “I bit the drums off ‘Xxplosive'” thing, in which the sounds swirling around inside a producer’s head are too singular to be held back — even by their own self-imposed, style-jacking limits. This past weekend, I spoke to Young Ravisu over e-mail about getting discovered by Chief Keef, why his town in Poland is a bit like Chicago, and of course, trap music.

So, why don’t you start by telling everybody who you are?
My real name is Radoslaw Sobieraj. I’m 18 years old and I am from Gliwice, Poland. I’m studying to be an aviation mechanic. I started producing three years ago, but I gave up on it a couple times. So, my real career time is less than a year. I gave producing a shot once again and my dream came to life. My favorite rapper Chief Keef recorded a song over one of my beats!

What programs or instruments do you use to make beats?
For making beats, I use Gladiator VST and Nexus, plus samples I download, and filters to bring some quality to the sounds. My first contact with making music was Fruity Loops Studio. I didn’t have anybody to show me the way it works, but I have always loved trap music and wanted to make it.

Can you recount the story of how the “Citgo” instrumental was discovered?
I put the snippet of the instrumental on my You Tube channel, and when I woke up, there were 30,000-plus views in just a few hours overnight. I just couldn’t believe what was happening. I had like 100 messages in my inbox from random people who were like, “Yo dude, Sosa wants you to send him the beat, you gonna get guap!” and “I’m Chief Keef’s assistant manager, let me have the instrumental to pass to Keef.”

And it was Keef himself who spotted it?
Yes. Chief Keef found the instrumental while sitting at his computer looking for some instrumentals for the Finally Rich album. He typed in “Finally Rich type beat” and that is exactly what the snippet on my channel was titled. He posted on his Twitter, “Whoever made this beat, hit me up” and shared the YouTube link. Then, there was an engineer working for Interscope Records, Chris Cheney, who got the track mixed. And then, Keef’s manager Idris messaged me about all the paperwork that was required.

When did you first hear about Chief Keef?
I’ve been a huge fan since Glory Road. And Back From the Dead. I mean, that whole mixtape smashed tits, LMFAO. Finally Rich is a masterpiece and now I can’t wait for Keef to release Bang Pt. 2. Chief Keef is a guy who is talking about shooting people, doing drugs, and living reckless, but the sound is so original. It isn’t aggressive or evil. It’s more, like, soothing and exciting; full of energy. And I can always find a part of his story in my own life. Where I live is very similar to “Chiraq.”

How so?
There are a lot of hooligans. People who fight for the name of their soccer team and most of them go psycho on drugs, dropping everybody for no reason.

Have you produced for any rap artists in your area?
Not really. I sold a couple beats, but I’ve never heard the finished songs.

Is Chief Keef popular where you live, or are you alone as a fan?
I made it popular in some groups and my close friends like Keef songs. But in my country, I would say it’s not really popular. Not that many people listen to trap music in my area. No one flows over beats like Chief Keef where I’m at. It’s hard to do it in the Polish language. Chief Keef may not be a lyricist, but for me, he’s one of the most original rappers in the industry. He’s got his very own flow. It’s still my dream to meet the whole GBE [Chief Keef’s Glory Boys Entertainment] one day and spark some loud with them.

You mentioned the “soothing” aspects of Keef’s beats. Is that something you’re trying to do with your production?
I’m just putting out sounds that go through my head. I try to make my music kind of hypnotic, with catchy sounds and nice drops. I get most of my inspiration from my favorite producers like Lex Luger & 808 Mafia, Sonny Digital, Drumma Boy, SouthSide, and, of course, Young Chop. And there’s a lot of new producers who are beasts like Lil Keis, Aeon Flex, and Resource. One day, I hope I can hop in on a sesh with some of them to learn some tricks.

How long have you been into hip-hop?
I’ve been a hip-hop fan since I was little, but I am more into the trap sound than normal lyrical rap. My favorites are Gucci Mane, Soulja Boy, Waka Flocka Flame, Lil Boosie, Lil Lody, Lil Wayne, GBE, Big Sean, Wiz Khalifa, Juicy J, and Chevy Woods.

Have you been getting responses to produce for other rappers since “Citgo” came out?
Not yet. I am still waiting for the paycheck.

Have you considered putting out an instrumental mixtape like other producers?
Of course, I will do that this month.

I’m reminded of a lot of different sounds when I hear “Citgo” and the other beats you have on your YouTube channel: Video-game music, movie scores, ambient electronic music. Do you have musical influences that aren’t hip-hop?
Nope. I’m all about trap.