Spotify, Rdio, and Rhapsody in talks with rock icons 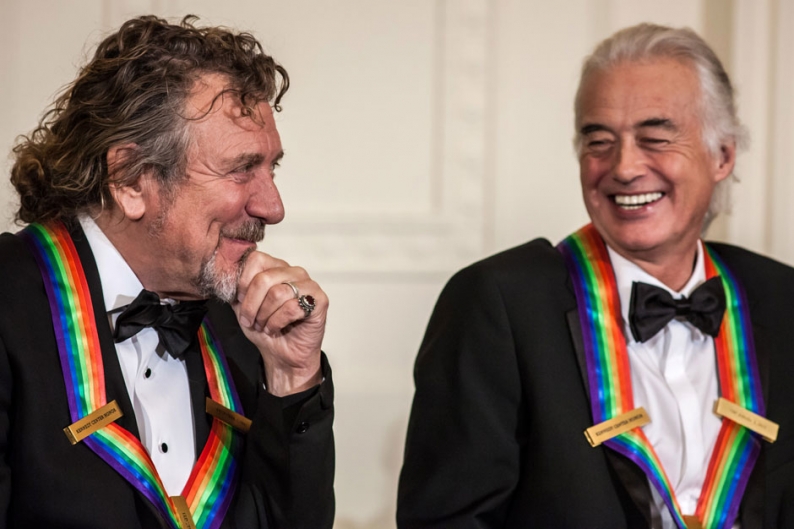 Led Zeppelin might finally be prepared to show an online subscription service a whole lotta love. As the New York Times reports, the classic rock legends are in negotiations with several streaming service providers to secure exclusive rights to Zeppelin’s massive soon-to-be-remastered song catalog. Spotify, Rdio, and Rhapsody are among those reportedly in competition for the deal, along with Deezer, a company that began in France and is eyeing the American market. Whoever lands the Led account would be primed to enjoy a boost in subscribers. The “Misty Mountain” rockers have sold more than 111 million albums in the United States, according to the Recording Industry Association of America, and last year alone, Zeppelin moved roughly 840,000 units, as per Nielsen SoundScan.

“We’re excited about the opportunity to collaborate with Led Zeppelin to activate streaming rights for their catalog,” a spokesman for the band’s label, Warner Music Group, said in a statement. “We’re supportive of the band’s discussions with W.M.G.’s streaming service partners to create a window of exclusivity to maximize the impact of this launch.”

The recent Kennedy Center honorees were longtime holdouts in the digital age: Robert Plant, Jimmy Page, and John Paul Jones only agreed to sell their output through iTunes in 2007. Other big-name bands dragging their digital feet include Metallica, who just inked an exclusivity contract with Spotify in December, and AC/DC, who joined iTunes this past November but still haven’t committed to a streaming service. Exclusivity deals don’t always hold, though: as Rolling Stone points out, the Red Hot Chili Peppers signed an exclusive agreement with Spotify last year, but since then the funk foursome’s tunes have popped up on other services. Wherever Led Zeppelin’s music ends up, the important thing is that the songs remain the same.