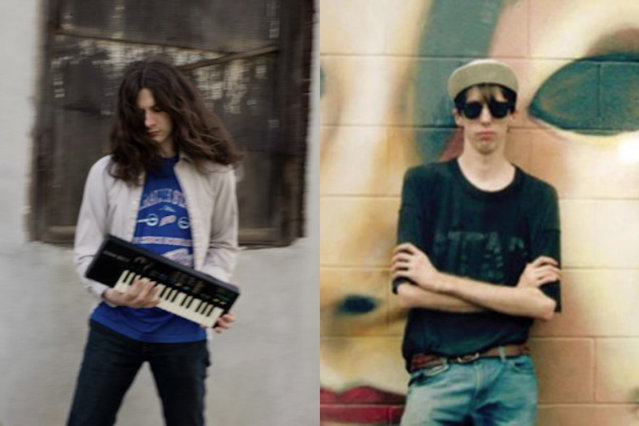 Bradford Cox and Kurt Vile have obvious similarities, from their prolific home-recording approaches to their shared affinity for atmospheric rock. In fact, Deerhunter frontman Cox even covered “Freak Train,” a song from Vile’s 2009 Matador debut Childish Prodigy, a few years ago on a free mixtape released under his Atlas Sound solo guise. Cox also joined Vile in an entrancingly rambling, nine-minute rendition of the krautrock-chugging zone-out at the Earl in Atlanta on August 7, 2011 (via Pitchfork).

Recorded by Chunklet proprietor Henry Owings, the performance comes from Vile’s final show with the best-known lineup of his band the Violators, which then included the War on Drugs leader Adam Granduciel. The recording comes as one of six bonus live tracks from a reissue of Vile and the Violators’ limited-edition 2009 EP The Hunchback, out today on TestosterTunes. Did we mention there’s saxophone?

Kurt Vile – “Timing Is Everything (And I’m Falling Behind)”