'Northern Lights' EP is out today on IAMSOUND 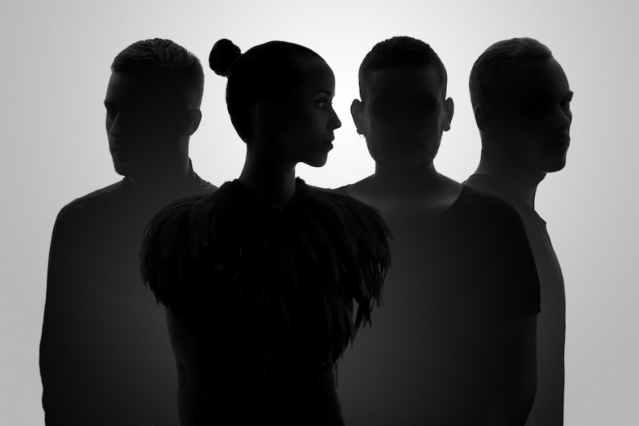 “Everything we touch turns to gold,” Kate Akhurst sings on Kate Boy’s breakout song, “Northern Lights.” For a few years in the late 2000s, that was basically true among a tight-knit community of artists in this mostly Swedish group’s native country (Akhurst is Australian). Along with solo act Jens Lekman, duos with names like the Tough Alliance, the Studio, the Embassy, and Air France consistently put out lavishly rewarding albums that built on the promise of collage-pop duo the Avalanches — who, incidentally, were Australian — while often remixing or referring to one another.

Victoria Bergsman, the former Concretes singer who guested on Peter Bjorn and John’s global hit “Young Folks,” was also a part of that community, through her ongoing Taken by Trees project. Kate Boy’s Northern Lights EP, out today on IAMSOUND, draws a connection to that golden age of Swedish independent pop with a track called “Northern Lights (Taken By Trees x Belief Remix).” This particular enclave of musical Swedes has always favored creative remix titles. (In this case, though, Belief is an L.A.-based beatmaker.)

Bergsman has more often been on the receiving end of such reworkings — “The Sweetness of Air France” and “Taken Too Young by TTA” are cult classics — and the Other Worlds singer carries on that tradition skillfully here, transforming the sleek, icy synth-pop original into a fantastically billowing, ’60s-splashed song that sounds like one of her own beachside confections. It doesn’t hurt that she sings on it. More than five years after the Tough Alliance declared they were “Looking for Gold,” the shiny stuff continues to surface on the improbably pacific shores of Sweden.