Big Boi's rubber-lipped flow feels out of place, of course 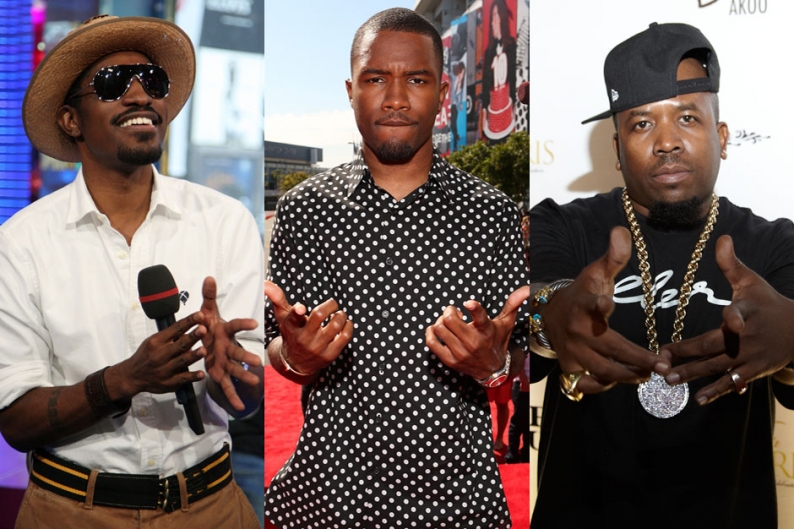 If Frank Ocean’s recent run-in with the law meant he’s good at being bad and bad at being good, he redeems himself as a Good Samaritan for reuniting OutKast, at last, on a remix of channel ORANGE track “Pink Matter.” As previously reported, both Big Boi and Andre 3000 did time in the studio, separately, during the making of Ocean’s Grammy-nominated Best Album of 2012, but due to some behind-the-scenes drama that spilled onto Twitter, Andre’s drawling verse on “Pink Matter” was the only one to make it onto the final cut. But the now-surfaced remix of the track that wedges in contributions from both rappers makes apparant why that was for the best.

The song is now over five minutes, and after Ocean’s contemplative surrender to ecstasy —”Close my eyes and fall into you / My God she’s giving me pleasure” — Big Boi takes the mic for the first verse. While his rhymes are also about sex, he bounces them with an off-base bravado, too crass for the track’s emotional fragility. “Like smoke through a chimney / slow stroke ’cause she’s feelin’ me / up in her,” Daddy Fat Sax boasts. He’s not taking her rough, but he’s not lost in her either.

Andre’s verse comes in next, untouched, but his measured delivery only makes the contrast sharper. While not the Speakerboxxx-worthy regathering we’d hoped for, it’s at least a step toward mended OutKast fences and roses that don’t smell like boo boo boo.