Faith No More’s Reunion Has Probably Run Its Course

Unlike other reunions that "sprayed diarrhea" everywhere 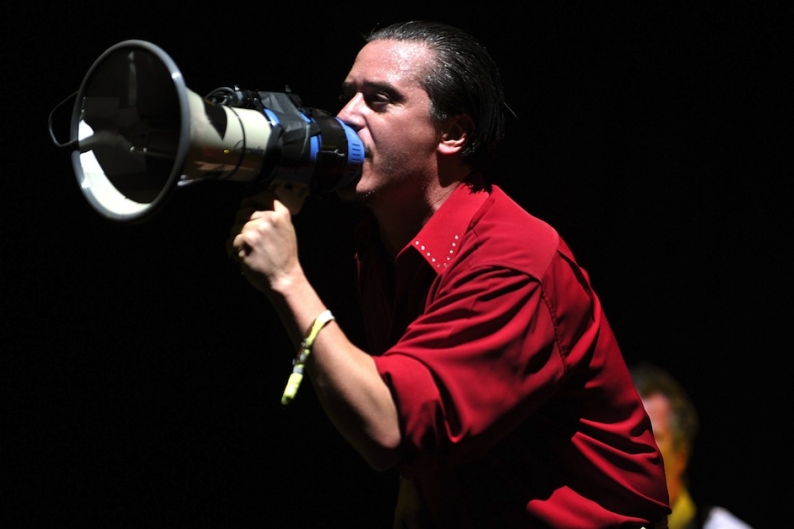 Faith No More fans who saw the spasmodic art-metal band during its three-year reunion tour should count themselves even luckier than they might’ve thought. Asked by the Believer if the Faith No More reunion is still happening, frontman Mike Patton said, “It’s sort of petered out.”

The same lineup that broke up up in 1998 reformed for a tour beginning in June 2009, with a handful of U.S. dates that included what our own Chris Martins called a “big pimping” set at Coachella 2010. Though Faith No More just last week wished their fans a happy new year on Twitter, they have no tour dates scheduled after a 2012 European jaunt that ended where the reunion began: at London’s O2 Academy Brixton.

“We’re also maybe a little too conscious for our own good,” Patton said. “Meaning there’s a lineage of bands that maybe did some nice things and then needed the cash and got back together and basically just sprayed diarrhea over their entire body of work. We’re very worried about that. We don’t want to overdo it.” Unfortunately for fans of online beef, he didn’t name any names, though we can all probably supply our own suggestions.

In the spirit of not going all Al Roker-shart over Faith No More’s discography, don’t hold your breath for new releases from the reunion, either. “Right now, we have no plans whatsoever — live, recording or anything,” he told iHeartGuitarBlog (via Blabbermouth) in November. “We’ve done what we set out to do with the reunion, and it’s all great, but it’s just, ‘Let’s see what happens next.'” A good attitude for us all to take.