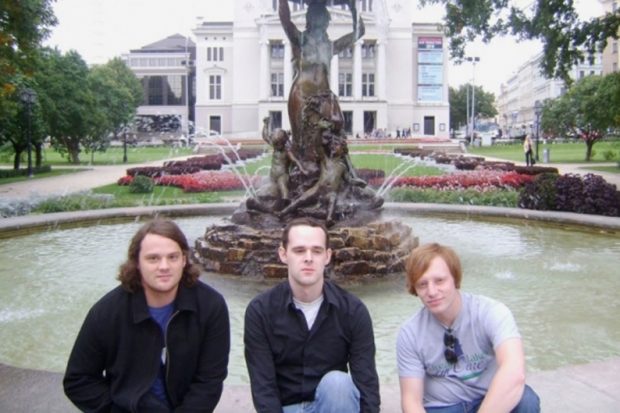 Cleveland synth trio Emeralds is no more. Two weeks ago, founding member Mark McGuire left the band for unspecified reasons, but former bandmates Steve Hauschildt and John Elliott promised to carry on performing under the Emeralds name as well as fulfill the group’s upcoming tour obligations. However, Hauschildt revealed in a series of tweets today that he too has decided to leave Emeralds for “personal reasons,” and that means the band is “now over.”

“It’s been a wild ride, I’ve made countless friends all over the world and have so many memories– thank you all so much. I have dedicated my life to music and will continue to develop my work as a solo artist from here on out,” Hauschildt tweeted. “RIP Emeralds 2006-2013. Our legacy is one to be felt, not remembered– the music always spoke for itself and will continue to do so as a testament to hard work. Perhaps with time our sphere of influence will be better understood, but for now just ‘Listen to a sound until you no longer recognize it’.”

All of Emeralds’ upcoming tour dates have been canceled. Although Emeralds lasted less than seven years, the band leaves behind a mammoth discography that includes dozens of self-released CD-Rs, cassettes, EPs, split singles, and a handful of well-regarded full-length albums including 2010’s Does It Look Like I’m Here? and 2012’s Just to Feel Anything. If you’re feeling nostalgic for the band, Hauschildt has spent the last hour tweeting photos of Emeralds’ early days.