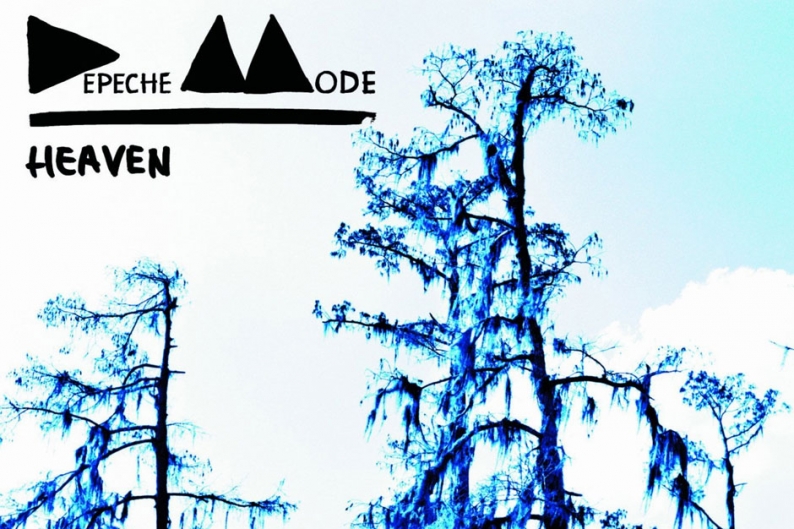 Depeche Mode’s “soulful” 13th studio album, Delta Machine, isn’t due out until March 26 (via Columbia Records), but radio station KROQ debuted the upcoming LP’s first single, “Heaven,” earlier today (January 30). As the synth-rock trio has been saying for months, it sounds like a Depeche Mode song — all brooding electro-buzz, mournful keyboards, and lyrics about jumping into the void and dissolving into dust. It may be titled “Heaven,” but judging from the four-minute burner’s dour vocals and photo negative color palette, this song could’ve come from someplace else.

The video for “Heaven” drops on February 1. For now, hear the track over over at KROQ website or on Vimeo.

Delta Machine will be sold in traditional CD format, and will also be available as a two-disc deluxe edition packaged with four extra tracks and a 28-page hardcover book featuring photos by Anton Corbijn. Depeche Mode’s European arena tour kicks off in Tel Aviv, Israel on May 7. North American tour dates will be announced in the coming weeks.