Plus: Members of Nirvana and Foo Fighters, Rick Springfield, Cheap Trick's Rick Nielsen, Lee Ving, Rage Against the Machine's Brad Wilk, and, like, everyone else 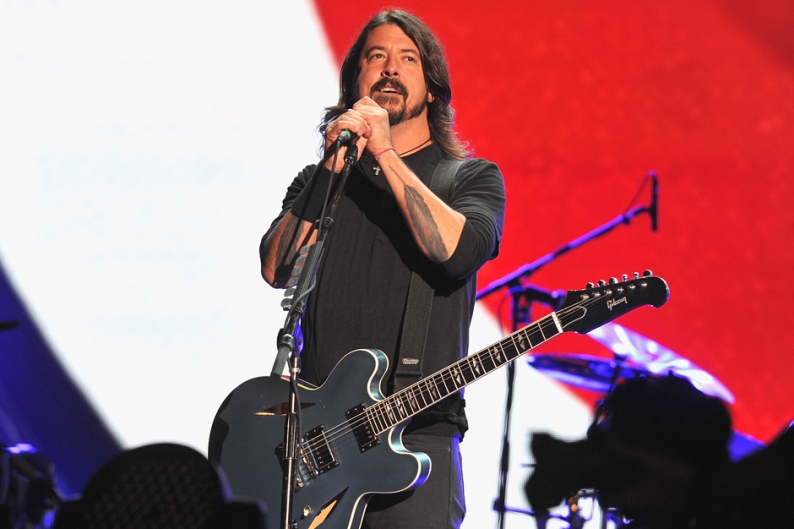 Last week we hipped you to the impending presence of a Dave Grohl-assembled band set to play the Sundance Film Festival on January 18. The occasion, of course, is the premiere of Grohl’s Sound City documentary about a legendary Los Angeles recording studio, and the brand new outfit was supposed to be made up of “core musicians and special guests” featured in the film. Well, now that we know the lineup, it might’ve been more accurate to promise “just about everyone from the movie” — Grohl’s Sound City Players might be the supergroup to end all supergroups.

The previously reported Sound City – Real to Reel soundtrack, and the film itself, features many of the names that appear above. Unfortunately, it doesn’t seem Paul McCartney is looking to reprise his 12-12-12 and Saturday Night Live performances fronting Sirvana, nor are Josh Homme and Trent Reznor scheduled to be in the house to execute their Grohl collabo “Mantra.” Sheesh Dave, don’t you, like, know people? Jokes aside, it is quite possible that Park City, Utah has never been rocked as hard as it is about to be. Expect all near-beer caches to be emptied.