Dave Grohl on Nirvana: ‘We Were Three S—ty F—king Dirtbags’ 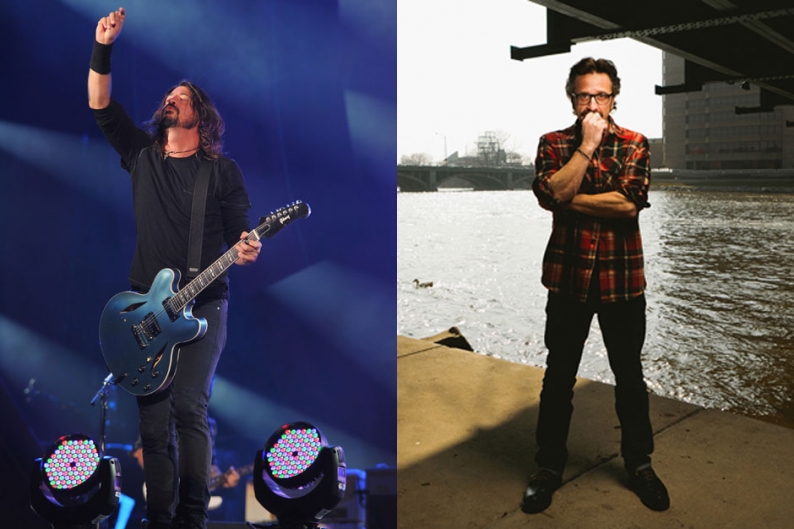 Dave Grohl’s Sound City documentary debuts at the Sundance Film Festival this week (with the help of some well-known associates), and as part of the film’s promotional run-up, the head Foo Fighter sat down with comedian-slash-podcaster-slash-vinyl nerd Marc Maron for an extensive interview. In this nearly 90-minute installment of Maron’s twice-weekly WTF series (which has previously featured several SPIN-approved musicians, including Dinosaur Jr.’s J Mascis), Grohl discusses his days drumming for Nirvana, talks about how he enabled his daughter’s love of the Beatles, and explains why famed Los Angeles recording studio Sound City is so important to him.

“We were three s—tty f—king dirtbags in a van,” Grohl says of Nirvana, who recorded their hugely influential (for better and worse) second album, Nevermind, at Sound City. “We had 16 days and no money, but we managed to get to Sound City, with that [sound board] and that room and make Nevermind. Had we not made it with that board, in that room, we might not be talking right now.” He continued, “That’s why I made the movie… I honestly feel like that board is responsible for the person… I am today.”

The board in question — a custom, hand-assembled Neve console — is much of the focus of Grohl’s film, which opens in movie theaters across the country later this month. After Sound City closed as a commercial space in May 2011, the 44-year-old rocker purchased the “magic” Neve board, as Maron refers to it, and had it installed in his own personal recording studio.

The rest of the Q&A touches on Grohl’s childhood, his recent three-hour collaboration with Paul McCartney (Sirvana’s “Cut Me Some Slack”), and more. Listen to the entire interview (which starts with a quick plug for Fade, the new album from Yo La Tengo) at the WTF website or download it directly.