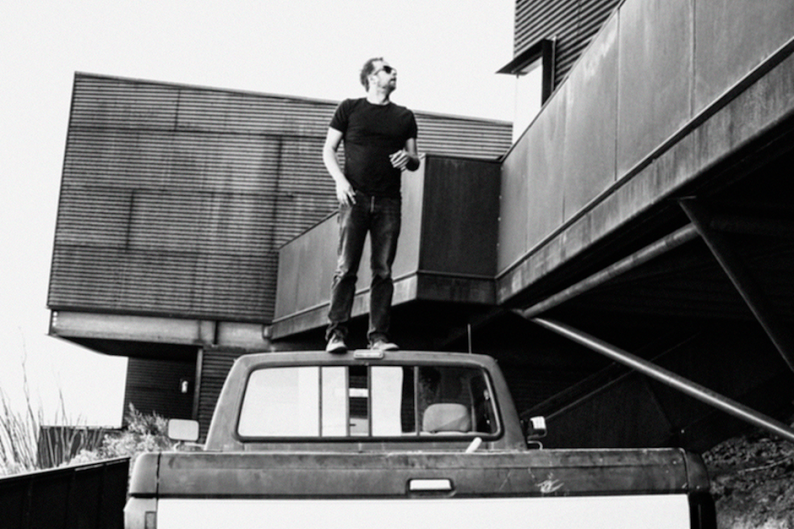 With Akron/Family, singer-guitarist Seth Olinsky helps make what SPIN once described as “loud and proud psych-folk.” For new project Cy Dune, Olinksy is louder and prouder, though certainly not “folk,” except in the sense that rock’n’roll was a dominant vernacular form of expression in the 20th century. “Make it loud / They can’t ignore us,” he sneers, demanding more and more, again and again, on new Cy Dune song “Move the Room.”

The distortion-scorched garage-rocker hails from Cy Dune’s upcoming No Recognize EP, out digitally on February 4 and on vinyl March 5 via Akron/Family’s own Family Tree Records (pre-order here and get a non-album MP3). A full-length is scheduled to follow later in 2013. Also, Cy Dune has revealed exclusively to SPIN that Burger Records is going to put out a limited run of 300 hand-numbered Cy Dune cassettes. Which is good news, because this kind of red-lining rock’n’roll sleaze should sound godly blasting from an old used car’s beat-up cassette deck.