Control Voltage’s Friday Five: Joakim and Kindness Are Everyone

Putting together this week’s roundup got a lot harder once I heard the news about DJ Koze’s new album, Amygdala, a 78-minute opus featuring contributions from Caribou, Apparat, and Matthew Dear, and described as the German producer’s Sgt. Pepper. Setting it aside until I finished writing this column has been difficult, to say the least, and I’m narrowly resisting the impulse to live-tweet it right here. (8:03: Wiped another string of drool off my keyboard.) So while I go listen to that, I’ll leave you with this week’s essential listening. Fear not; there’s plenty to tide you over until Koze unleashes his “remixes of tracks that have never even existed.”

Everyone “No Time to Waste” (Crowdspacer)
Crowdspacer (also sometimes rendered “CRWDSPCR,” in tribute to a Merce Cunningham performance) is a new, vinyl-only label from Tigersushi’s Joakim Bouaziz; its first release is a one-off — for now, anyway — between Bouaziz and Kindness’ Adam Bainbridge, with assistance from one V. L’Traques (Jam City, according to FACT) on TR-909 and keys.

“It was really done in a very spontaneous way,” Bouaziz told me of the single “No Time to Waste,” for which they adopted the alias Everyone. “We didn’t even plan to make a song, it just happened while we were playing with synths and stuff in the studio. Done in one afternoon, mixed the next day.” It sounds like it, too, but in a good way. The song develops with a slightly absent-minded demeanor that fits Bainbridge’s quavering delivery, and the rat-a-tat drum programming is rumpled and slack. (For a nominally martial rhythm, this is one unbuttoned army.) Not many club tracks these days unfold like this one does; beginning as a sullen meditation on a single pedal tone, it gingerly wades deeper into the changes, and halfway through, it pivots onto a new plane entirely. Too many producers think that replicating the spirit of Larry Heard is simply a matter of having the right machines and a moody attitude; Everyone prove that the secret is right there on the keyboard, providing you know how to use it. 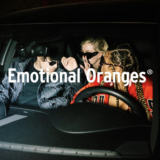 bRUNA, Thence (Spar.k)
Listening to the Barcelona producer bRUNA’s second album, Thence, it doesn’t take long to orient yourself. His reference points — winsome synth pop, Italo disco, ’80s house — drop you on a breezy knoll ringed by the flags of those who have already come to plunder the same nostalgic terrain: Todd Terje, Daft Punk, Metro Area, and the Avalanches, among others. We know this place. But the more time you spend with this short, idea-packed album, the more it becomes apparent how completely (and efficiently) he’s remodeled his squatted pop palace, buttressing soaring melodies cribbed from O.M.D. with chugging slo-mo disco and funky Zapp flourishes, and balancing Larry Heard’s deep-blue house grooves with Rick Astley’s spray-on string vamps. The album’s economy — it flies through 12 tracks in 35 minutes — works in its favor, as it delivers burst after cheery burst of super-saturated color. It’s a barrage of the senses that doesn’t leave you feeling sated.

FaltyDL, Hardcourage (Ninja Tune)
That FaltyDL’s third album is his best is immediately apparent, even while it hews closely to the patterns that have defined his work so far. Drew Lustman’s knack for throwing together rosy synths, chunky breakbeats, pitter-pat drum machines, and samples drenched with soul still sounds like he’s shaking a burlap bag filled with agates, but where his previous recordings sometimes had a haphazard quality, letting the pieces fall where they may, there’s a newfound sense of clarity here. There’s less clutter, and it’s more aerated; the melodies breathe better, and his grooves — particularly on the elegantly loping “Straight & Arrow” and “Kenny Rolls One” — feel less at odds with themselves. You could hardly call his rhythms streamlined, but they’re ever so slightly more straightforward here, largely favoring house beats imbued with just the right amount of swing and flecked with minutely detailed flourishes. His melodies no longer feel quite so cloaked in busy-ness; they pop out in bold relief like swatches of color against a black backdrop. (Whoever designed the cover, he or she nailed it.) Lustman has talked about how falling in love and building up his confidence contributed to the development of the album, and you can hear it; without losing any of the complexity that has always driven his music, he finally sounds at ease.

Listen to the whole thing here.

Moiré, Never Sleep EP (Werkdiscs)
After a quiet couple of years, Actress’ Werkdiscs kicked back into action in 2012 with Lukid’s excellent Lonely at the Top LP; next month, the London label will release the debut EP from an artist named Moiré. Given the name, not to mention Actress’ own penchant for grey-scale textures, you might expect it to be a thoroughly diffuse affair, but “Lose It” turns out to be surprisingly corporeal, a house track stripped back to little more than a swollen, overdriven kick drum in place of a bass line, fleshed out with flayed cymbals and a forlorn female vocal. Actress’ remix finds the label boss in uncommonly upbeat form; it bubbles like a Tupperware container full of Moodymann samples that’s been left in the microwave so long the cellophane has begun to melt. Moiré’s “Drugs,” meanwhile, enacts a nifty transformation from bare-knuckled techno bruiser to a wide-eyed salute to the sun. (I’ll have one of whatever they’re having, please.) The EP comes out February 4; listen to the digital bonus cut “Into” below, and sign up to the Werkdiscs mailing list for a free download of the same.

Sun Ra / Machinedrum Views of Saturn #3 (All City)
This is the third 12-inch in All City’s Views of Saturn series, which invites contemporary musicians to rework Sun Ra’s outer-space jazz. First up in the series was Los Angeles’ Ras G, who shares both a name (kind of) and an outlook (definitely) with Earth’s ambassador to Saturn; after him came the late pianist Austin Peralta, another natural choice to interpret Sun Ra’s vision. (We can only hope that Peralta is playing in Sun Ra’s heavenly Arkestra at this very moment.) Machinedrum is a more surprising pick; neither the IDM of his early years or his recent forays into footwork display an obvious link to Sun Ra’s oeuvre or ethic. But his remix of the 1979 song “Door of the Cosmos” works surprisingly well. Until it decelerates and collapses in its final minute and a half, it’s about a thousand times faster than the original; cutting and looping with abandon, it feels less like juke than an homage to old Squarepusher, albeit one that’s been sealed in a clay pot and left buried in the dirt for a decade or two. And while cropping Sun Ra’s fluid sense of time-keeping to fit the digital grid might feel like apostasy, the way Machinedrum preserves the recording’s sense of color and texture makes for a fitting tribute to its spirit. The label’s teaser clip is below, or you can hear the whole thing here.