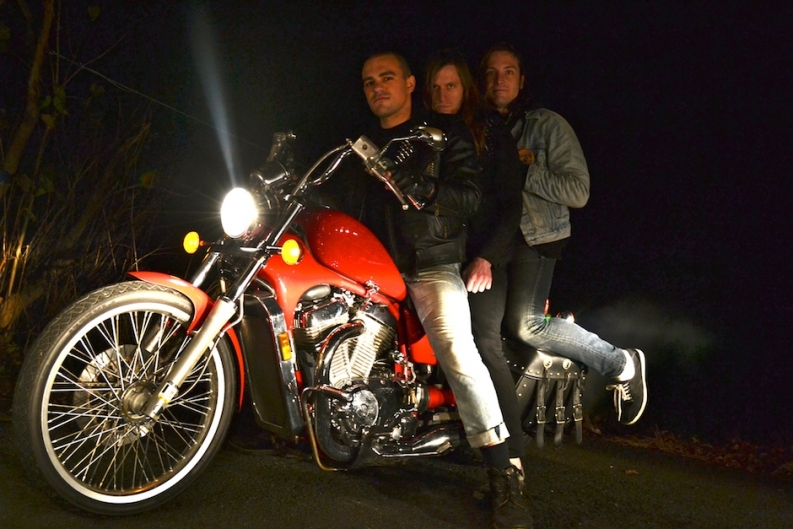 Though California X’s cartwheeling, low-end-friendly noise has drawn quick comparisons to Dinosaur Jr. (also, it should be repeated, of Amherst, Mass.), lead vocalist Lemmy Gurtowsky shares little in common with J Mascis. Not a whiner or a wailer, the Happy Valley trio’s frontman is, like his band’s self-titled debut full-length, direct in a way that recalls Bob Mould and Steve Brooks of Torche instead. But just as Brooks’ Miami metal outfit has succeeded in maintaining extraordinarily high sugar levels despite their work’s frenetic nature, California X are gifted popsmiths, never allowing the sludge to obscure their many hooks. Hear their debut, due next Tuesday courtesy of Don Giovanni below.