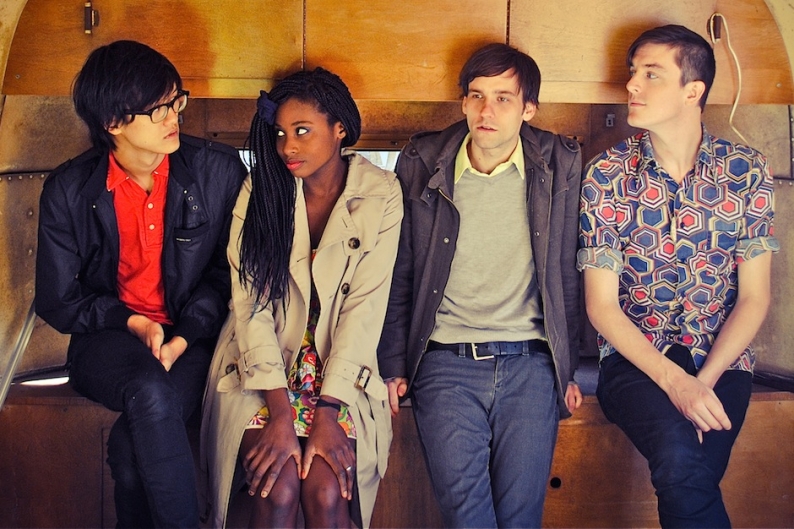 Body Language have said they plan to release a new album this year, but the Brooklyn quartet’s 2012 Grammar EP continues to offer up stylish dance-pop in the meantime, and Swedish synth-pop duo Niki & the Dove have remixed Grammar’s “The First.” SPIN’s own Chris Martins described the original as “sticky basement disco,” but Niki & the Dove’s take leaves the song’s indie-rock qualities on the floor, transforming it into sleek, streamlined fodder for chic European clubs (or headphones and a little imagination). “You think you’re made of stone / But you’re made of glass,” a pitch-shifted vocal repeats. Body Language are made up of musicians with ties to Matthew Dear, Sepalcure, and Passion Pit. Whatever this remix is made out of, it isn’t found in sticky basements.