Who Charted? Guitars Rule and Pop Drools as Dropkick Murphys Enter the Top 10 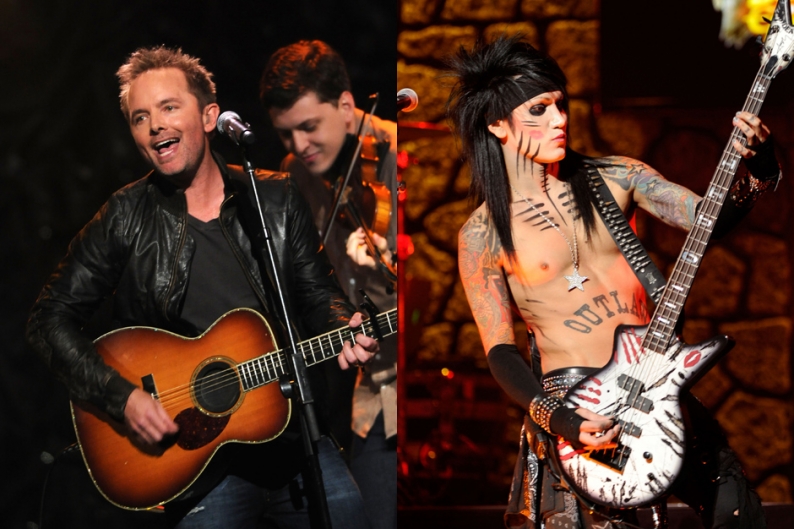 First! This week is a weird one from top to bottom. The No. 1 slot goes to a Christian singer-songwriter who hasn’t experienced a whit of crossover success. Chris Tomlin scores big with Burning Lights (73K), according to Billboard and Nielsen SoundScan, thanks to the functionally divine intervention of something called the Passion Conference in Atlanta, which was attended by 60,000 college-aged worshippers and watched by 100,000 from home via the Internet. He performed a song there called “God’s Great Dance Floor” and indeed willed that titular bacchanal into existence. Just watch — they love it:

2 to 10: But be grateful ye for Tomlin, for lo if the No. 2 spot didn’t go to Satan’s minions themselves, the Hollywood Undead. They released an album called Notes From the Underground (53K), but they’re essentially a death-masked boy band backed by chugging guitars, so please let’s move on already. To what? Why to Les Miserable (No. 3, 52K), Taylor Swift’s Red (No. 4, 49K), the Pitch Perfect soundtrack (45K), and Bruno Mars’ Unorthodox Jukebox (42K) — all repeat customers from last week’s charts. Then comes No. 7, in which Los Angeles relieves itself of something awful for the second time today with Black Veil Brides, whose album title Wretched and Divine (42K) well describes the dichotomy of this week’s incoming artists. The Lumineers are holding steady at No. 8 with their self-titled debut (37K), and Dropkick Murphys make a truly surprising entrance at No. 9 with Signed and Sealed in Blood (33K). Chalk it up to the luck of the Irish? Still, the strong influx of guitar-powered music wasn’t enough to wipe One Direction’s Take Me Home from the Top 10 (29K). Faith and begorrah!

This is something that people like: Go ahead, click here. We dare you. Spoiler alert: It’s the video for Hollywood Undead’s “We Are,” which you can neither unsee nor unhear. You’ve been warned.

All Dressed Up… Bruno Mars continues his reign at the top of the Billboard Hot 100 songs list with “Locked Out of Heaven.” He’d have to look a loooooong way down to locate Justin Timberlake, fresh off of a seven-year hiatus with “Suit and Tie.” The song debuted at a pretty measly No. 84 despite the Jay-Z feature, but it’s late arrival (Sunday night) is mostly to blame. It could be a serious contender next week.