Superchunk Video Goes Viral With Sadly No Mention of Superchunk 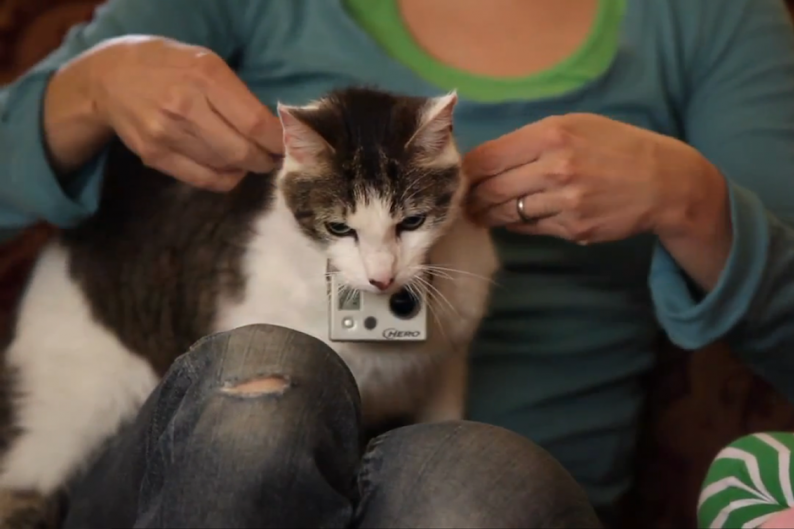 Superchunk have found themselves subject to the strange type of Internet non-fame that can best be described only in lolcats.

Early last year, the North Carolina indie-rock heroes — whose bandmembers Mac McCaughan and Laura Ballance just happened to co-found the Arcade Fire-spawing label Merge — offered up a clever, cat-focused video for “Crossed Wires,” a “jangly, anthemic” standout from the band’s triumphant first album in nine years, 2010’s Majesty Shredding. Now, as the A.V. Club points out, an enterprising YouTube user has racked up more than 600,000 YouTube views in a video that carves out Superchunk’s song and performance footage and soundtracks the kitty’s adorably delinquent misadventures with Prodigy’s fire-starting “Smack My Bitch Up.” Neither the band nor video director Whitey McConnaughy receive any mention or credit.

The fact that “RickRoll’D” currently shows up as a related video highlights what an awkward situation this is. On one hand, in a world where Dan Deacon can mash-up PSY and Grimes as part of copyright-blurring mixtape, it’s tough to criticize someone for borrowing online materials and creating their own art with it, so long as they’re not making money. On the other hand, the lack of credit is undeniably shitty. As is the attempt to cut out Superchunk’s song, a winningly exuberant one that might help you get through your Wednesday.

Compare the two videos below. Also, just for fun, here’s a fan video for Sebadoh/Dinosaur Jr. singer-songwriter Lou Barlow’s “The Ballad of Daykitty,” from his 2005 solo debut Emoh, a Merge release. You can haz kitties: