‘MP3s are a Disaster’: Scott Walker on the Nightmares That Plagued ‘Bish Bosch’

An elusive interview about one of 2012's most elusive albums 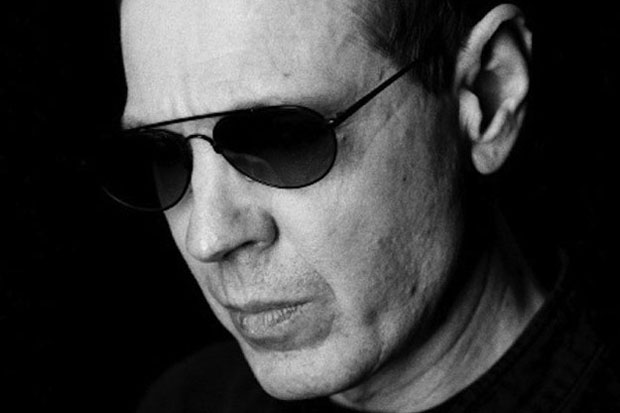 The announcement of Scott Walker’s newest album Bish Bosch in September came as something of a shock to anyone who had followed the surprising, striking career of the American journeyman-turned-London-experimentalist, if only because of the rapid turn-around, coming only a mere seven years since 2006’s The Drift. Predicting whatever Walker will choose to do next and when he will do it is a thankless task, but the SPIN Essential Bish Bosch is alternately one of his most playful, obscure and darkly violent releases yet, where huge blasts of feedback and merciless percussion rubs up against well-worn vaudeville saws (“Does your face hurt, because it’s killing me”) and wet farts. Its monolithic, 70-minute runtime even ends on a brief snippet of “Jingle Bells,” — what better for the holidays? We spent some time e-mailing with the reclusive genius and he dug deep into Bosch’s freedoms and speed-bumps.

You’ve mentioned unexpected difficulty in recording the album.
It was plagued with ongoing incident. I’ve never experienced anything like it before, [producer] Pete Walsh and I were both starting to get a tad spooked. We couldn’t secure the studios we wanted when we wanted them. Some of the musicians were either on tour or doing other work. Pete’s father died. We had to take time off to do a pre-committed commission for the Royal Opera House, etc., etc. So because of all the lengthy gaps, something that should have taken roughly eight weeks to complete wound up taking two years. Difficult keeping everything fresh and in your head. Next time it’s me and an Abyssinian nose flute.

In a studio setting, do you find yourself using just about every instrument at your disposal?
I find that I’m using just about everything. Because of my early apprenticeship in the studio when everything was recorded live, you had to be prepared and this has kind of never left me. So I do most of the editing out before I get in there. It’s difficult enough fully realizing the noises…as sketches or things in my head without having to deal with expensive and time-consuming noodling. Much room must be left as well for desired accidents or surprises to occur either coming electronically or from the musicians or from more unlikely places. That’s essential.

There’s a certain freedom in Bish Bosch, a palpable feeling of pleasure in the shifting of sounds. Is that present for you as the songs are created?
The freedom you speak of can at times seem hard won, but yes, there was, I believe, a healthy mix of joy and frustration. You must always, if possible, allow enough stand-back room so that you remember the initial pleasures you had when it was all coming to you in its embryonic stages. If you’re not careful, the many things that are happening around you in the studio can kill those gifts.

Does musical extremity resonate for you as a listener as much as a composer?
It obviously resonates with me as it runs through much of my later work. One shouldn’t be extreme for the sake of it, though. In my case, it must relate to the lyrical content, which is where I usually start.

You’ve worked in music for half a century and seen much about the business change, from vinyl singles to MP3s…
I must admit that for certain kinds of music, MP3s are a disaster. For new electronic music and generic forms like hip-hop it’s great because it was created with that carrier in mind. I’m not a purist and not particularly nostalgic about these things. Digital recording is rapidly improving all the time and I look forward to whatever the future brings to the recording process. I would prefer of course that people purchase this particular album in CD format or on vinyl, as the sound will be vastly superior to MP3, and you can also engage with the lyric at the same time, which is a very important part of experiencing the work.

Is there any constant in your work that people rarely comment on?
I’m always surprised when people make comments like, “What happened to melody in your work?” I hear an abundance of melody in it, and even better melody than I wrote before.

Do you find there are reference points that you or your contemporaries would recognize as obvious sources that younger listeners might not understand?
Most of my contemporaries and listeners from that period hate the music I’m making now. They deserted long ago. There are those who have managed the schizophrenic journey but mostly the people who listen now tend to be a different, newer audience for which I’m grateful. There are some archaic musical references though not many. I make sure that they are by and large related to the world of popular song, mostly written before I was born. So if I made the effort, any age can. No excuses.