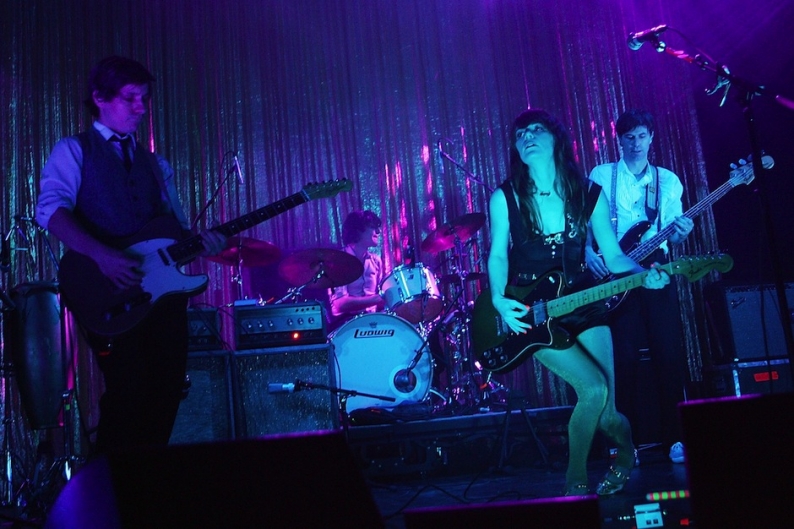 Give the former members of Rilo Kiley credit for social media savvy. Yesterday the California indie rockers, who confirmed last year they’d officially broken up after not releasing an album since 2007’s Under the Blacklight, posted the following cryptic message on Facebook: “Record is almost finished, and artwork is nearly done. Going to need your help! More to come.” Understandably, the post led some to ask whether Rilo Kiley had returned, but SPIN can confirm that’s not the case.

A spokeswoman for Rilo Kiley says the record in question is “not new material.” Former Rilo Kiley singers Jenny Lewis and Blake Sennett have both previously mentioned a potential B-sides compilation, which is more likely what the post is talking about. “We’ve been listening and sorting through all these songs from 1998 and just the tone of what I was writing back then was so sad, so dark,” Lewis told OC Weekly over the summer.

There’s another reason Rilo Kiley fans should’ve guessed the now-defunct band was describing a set of old songs. Another Facebook post yesterday from the group featured a photo containing mirror-image lyrics from “A Man/Me/Then Jim,” off of Rilo Kiley’s 2004 album More Adventurous.

Rilo Kiley’s former members continue to release new music in other settings. Lewis is reportedly composing the score and acting as music supervisor for a 2013 film called Very Good Girls, and she has also been recording new solo songs. Sennett’s non-Rilo group the Elected last year released its third album, Bury Me in My Rings. But no, they aren’t getting the old band back together just yet.