Dead men tell no tales, but they're ridiculously marketable 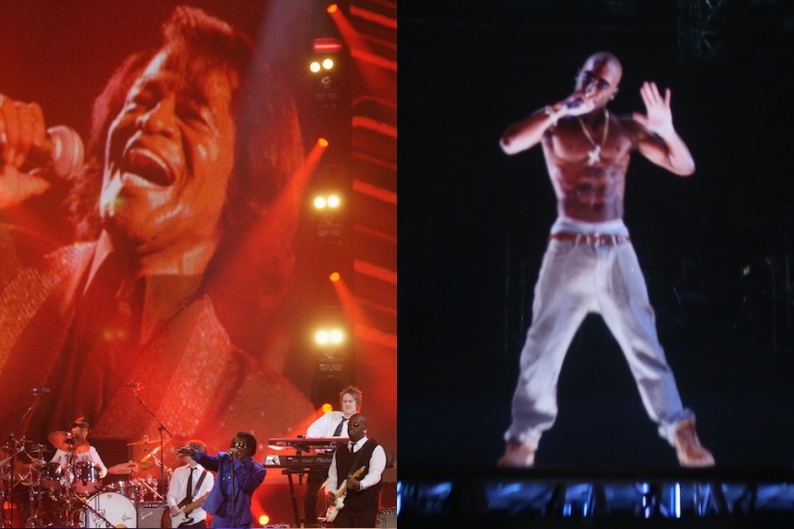 Rappers have been rapping over James Brown samples basically ever since there’s been rapping. Tupac Shakur did it while he was alive; according to producer Shock G’s since-deleted MySpace post on the making of “I Get Around,” the entire beat of 2Pac’s first big hit was built out of sampled drum noises from Brown records. Mystikal bellowed over a fake-J.B. jazz-funk instrumental just last week, and the “Shake Ya Ass” rapper’s “soul brother No. 1″ homage was such fire like cayenne that its “Madonna, designers, iguanas, Rihanna, vaginas, piranha” word-bash hit SPIN’S 40 Best Songs of 2012.

Danger! “Unchained,” the theme song from Quentin Tarantino’s upcoming film Django Unchained, sets the lusty hook from Pac’s posthumous single “Untouchable” — “y’all remember me,” subtle — atop James Brown’s howling revenge-funk landmark “The Payback,” all dressed up with brittle spaghetti-Western guitars (via Rolling Stone). The result will probably sound fine over a Tarantino-directed Western’s opening titles, but the overall effect is of 2Pac getting outrapped by fucking Mystikal. Our hopes are stupidly high for this film, but that an admittedly great Frank Ocean song didn’t fit the story has suddenly become reason for concern.