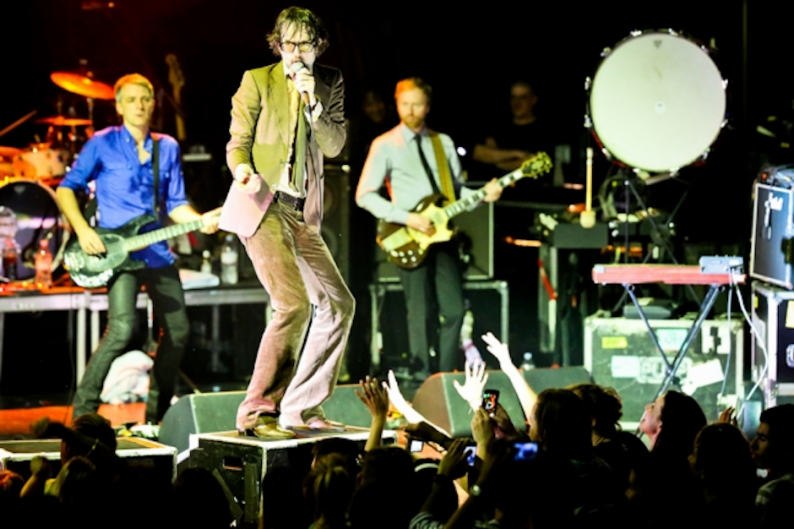 If Jarvis Cocker flirted with the crowd during Pulp’s performance on this month’s S.S. Coachella cruise, with the band’s newly posted “After You” he has rewarded listeners’ affections. The Britpop behemoths made a previously unheard version of this 2000-era demo available as “a little present” to fans who attended their recent Sheffield, U.K., homecoming show. Drummer Nick Banks once told Pulp biographer Mark Sturdy that “After You” is “an absolute lost classic,” as quoted by PulpWiki.net, and if the band plays any dates in 2013, it’s easy to see the nearly six-minute disco-pop track becoming an instant fan favorite.

As whispered, sneered, and hollered marvelously by Cocker, the phrase “after you” becomes as much a threat as an invitation. And that’s in between wonderfully arch lyrics about booty-shaking and shopping around “from disco to disco / from Safeway to Tesco.” The galloping bass line, ghoulish backing vocals, and ersatz-Salsoul orchestration expose still more reasons to keep coming back for more — although we’re a bit nervous about the whole “cradle to the grave” part. Us first? No, please. After you. If other demos from the time are like this, Pulp should hurry up and release a deluxe edition of 2001’s We Love Life already.