Second half of 'Waiting for the Sirens' Call' due January 14 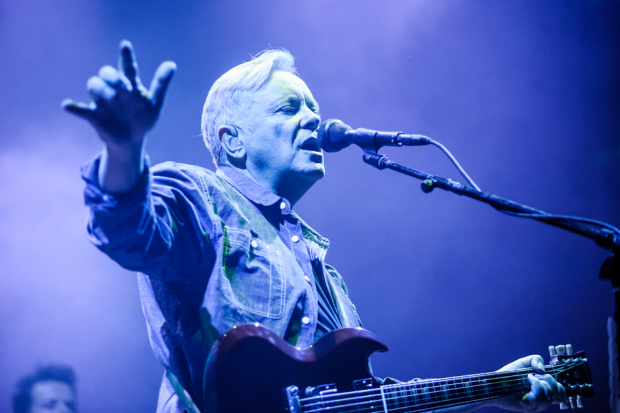 Even though the breakup between New Order and longtime bassist Peter Hook was, to put it nicely, acrimonious, new music is on the way from the band fully intact. The Lost Sirens compiles eight unreleased tracks recorded during the sessions for New Order’s last album, 2005’s Waiting for the Sirens’ Call. The band originally planned on release Lost Sirens in late 2011, but the fallout from Hook’s departure and a copyright dispute postponed the album’s release indefinitely. The mini album was falsely rumored to arrive last month; now that the legal issues have been ironed out Lost Sirens has a firm January 14, 2013 release date. Barring an unlikely reconciliation, this will probably be the last time New Order fans will be able to hear Hook performing with the band.

During the delay, the Hook-less members of New Order deliberated about “re-editing” the Lost Sirens tracks and maybe recording a handful of new tunes to flesh out the release, but decided ultimately to stick with the initial eight songs in their original form. “Lost Sirens? Well, it’s not really lost,” drummer Stephen Morris said in a statement. “I remember that [Joy Division producer] Martin Hannett once had an idea of making a record and burying it in his garden, so that one day someone would dig it up, like a time capsule. We just stuck our record in a cupboard. And now we’ve got it out.”

The full track list is included below. “Hellbent” previously appeared on the 2011 Joy Division-New Order best-of compilation Total. The rest of Lost Sirens isn’t simply Waiting for the Sirens Call b-sides: The album was originally conceived as a double-album in the vein of Pink Floyd’s The Wall and Smashing Pumpkins’ Mellon Collie, but when the recording sessions came up a few tracks short, the band opted to split the release in two.