No more rockin' in the mp3 world 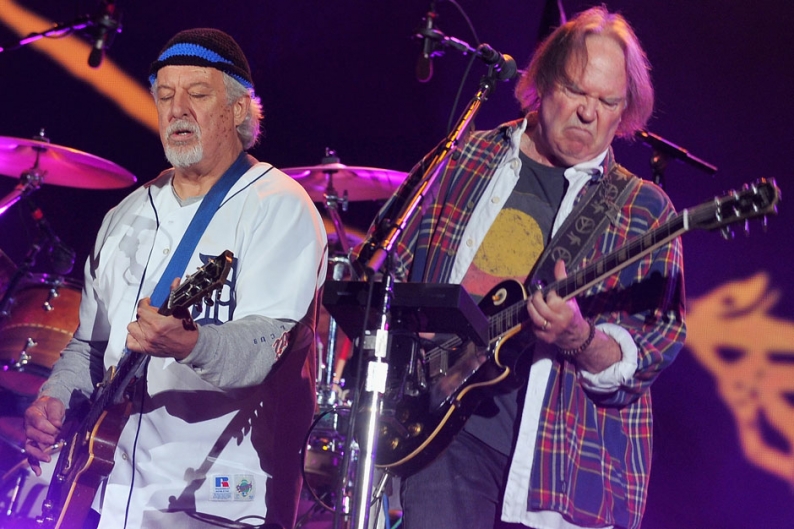 Unlike all other sexagenarians who haplessly cling to their VCRs and antenna TVs and fear “the Internet,” Neil Young is all about new technologies. Long fed up with mp3s, the rocker has spent years experimenting with improving sound quality, and now Young has finally trademarked Pono, his very own high-resolution audio format, Rolling Stone reports. In all, Young, through his label Vapor Records, registered six trademarks with the U.S. Patent and Trademark Office, ranging from something called “Earth Storage” to “21st Century Record Player” to “Studio Quality Sound (SQS).” Trademarks like “Ivanhoe” and “Thanks for Listening” are more mysterious.

Over the past few years, Young has been extremely vocal about his frustrations with the current limitations of audio quality. When he released his long-awaited Archives in 2009, he recommended that fans purchase the set on Blu-ray — what was then the best medium from an aural perspective. Even on his latest album Psychedelic Pill, Young once again lamented audio quality, singing on “Driftin’ Back”: “When you hear my song now, you only get five percent, you used to get it all.” Young believes that due to the compression mp3s require, listeners are only receiving about five percent of all the data captured in the actual studio recordings. In fact, Rolling Stone writes that Young met with Apple’s Steve Jobs to discuss the development of an Apple-made portable Pono device, but Jobs died before any foundation was laid. It’ll likely be at least another six months before the U.S. Patent and Trademark Office approves Pono, so fans should start saving now to prepare for when Young inevitably re-releases his entire catalog in this exciting new format.