Art suggests the title will be 'Wakin on a Pretty Daze' 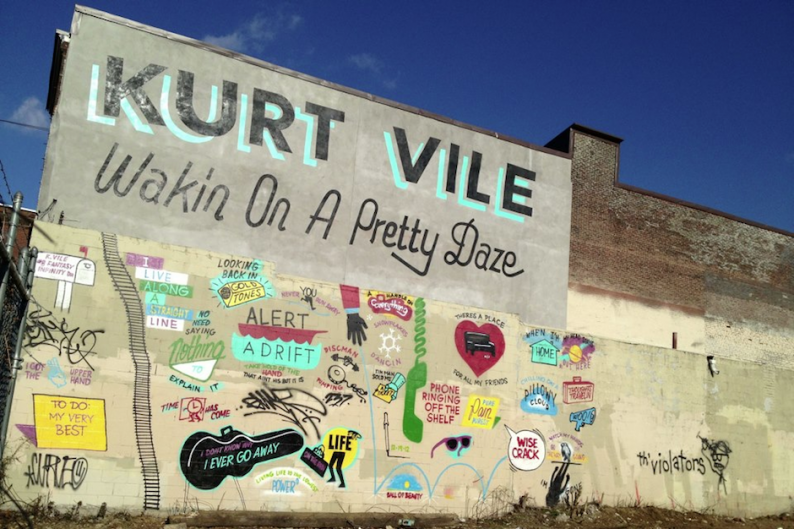 Rocky who? Liberty Bell wha? Philadelphia’s newest monument is going to be a mural featuring the artwork for Kurt Vile’s next album, which the Philly guitar-drifter has compared to Fleetwood Mac’s Tusk, but “just rock.” Now, as the City of Brotherly Love’s radio station XPN points out, Jesse Trbovich, the guitarist in Vile’s band the Violators, has posted a photo of Steve Powers’ artwork for the mural, which is headed for the intersection of Front and Master streets in the Fishtown neighborhood. From the artwork, we’d guess the album title will be Wakin on a Pretty Daze, though Vile and Matador haven’t yet put out official word on that front (Trbovich, in a Facebook comment, confirms it’s the title). “You turn it on and it sounds like me,” Vile recently told SPIN’s David Bevan, describing the new record. “But the guitar playing is better and the ideas are new.”