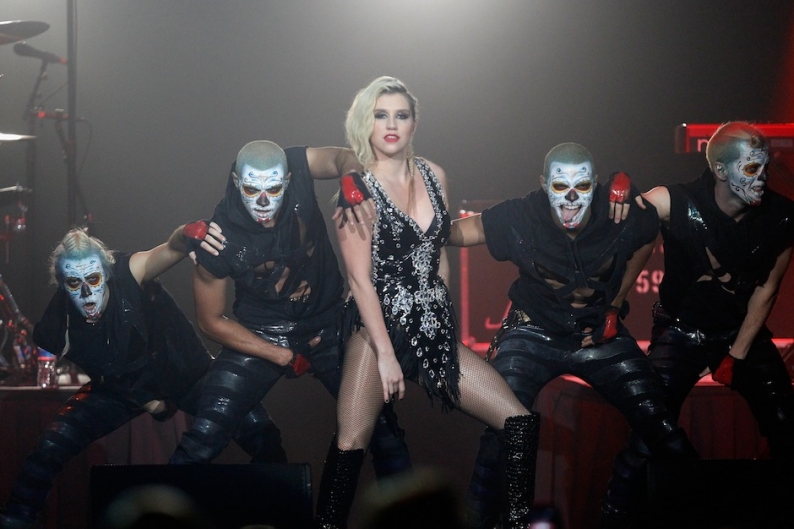 The time for Ke$ha’s “Die Young” should be right about now. Though the YOLO-themed dance-pop single could never match the unabashedly trashy singer’s self-hype about “cock pop” when it first came out, it was easier to love in the context of her entire sophomore LP, Warrior, and since then its Dr. Luke-fritzed hooks have had ample time to get stuck in our heads. Oh, and then there’s the little matter of the impending Mayan apocalypse(-themed parties).

And here’s where our tone unavoidably grows somber. Although what happens to a record’s radio chances obviously has to be one of the million least important aspects of last Friday’s tragic and horrible elementary school shooting in Newtown, Connecticut, that’s our beat, and it’s noteworthy that Ke$ha’s song has reportedly slipped from radio playlists. According to TMZ, numbers from airplay tracker Mediabase show “Die Young” reached 167 million U.S. listeners on Friday but fell to 148 million listeners by Monday, an 11 percent drop from what had been fairly stable airplay.

Sure, 11 percent might not sound like a lot, but you don’t have to spend much time listening to Top 40 radio to realize the short list of songs that actually receive airplay doesn’t usually change too dramatically from day to day. In fact, according to TMZ, the last time a song’s radio play tumbled this rapidly was after country radio banned the Dixie Chicks for criticizing President George W. Bush’s ill-fated war in Iraq, which then enjoyed substantial support (as did the false belief that Saddam Hussein was personally involved in the September 11 attacks).

At press time, “Die Young” still stands at No. 15 on the iTunes singles chart. Ke$ha’s song clung to No. 3 on last week’s Billboard Hot 100, behind Rihanna’s “Diamonds” and, in its first week atop the chart, Bruno Mars’ “Locked Out of Heaven.” A ClearChannel radio representative didn’t immediately respond to an e-mail about Ke$ha’s recent airplay numbers, but it’s safe to say the glittery one might be wishing she’d held onto Britney Spears’ 2011 “Till the World Ends,” which she co-wrote, and which carries a similar party-like-it’s-1999 message without any tragic or depressing implications. Depending on how you feel about the end of the world, that is.