Ke$ha Apologizes for ‘Die Young,’ Claims She Was ‘Forced’ to Sing Controversial Lyrics 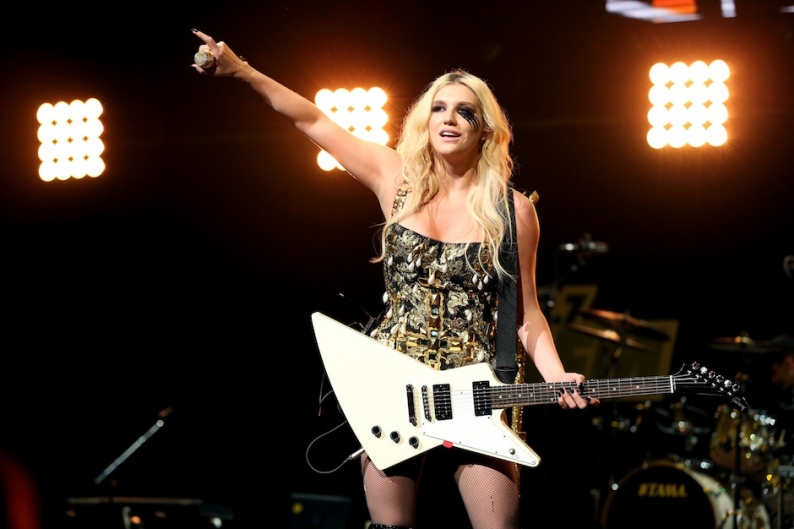 Ke$ha has expressed sympathy after reports her hit “Die Young” fell off the airwaves after the tragic shooting last Friday at Sandy Hook elementary school in Newtown, Connecticut. “I’m so so so sorry for anyone who has been effected by this tragedy,” the Warrior princess tweeted last night. “and I understand why my song is now inappropriate. words cannot express.”

According to Billboard, Ke$ha also criticized her own song in another tweet, which was quickly deleted. “I understand. I had my very own issue with ‘die young’ for this reason,” she’s quoted as writing. “I did NOT want to sing those lyrics and was FORCED TO.” Ke$ha shares co-writing credits on the song with fun.’s Nate Ruess, plus producers Dr. Luke, Cirkut, and Benny Blanco.

“Die Young” drops from No. 1 to No. 2 on Billboard’s Pop Songs chart, reportedly due to an 11 percent decline in radio play; it’s No. 3 on the Hot 100. Danbury, Connecticut-based WDAQ radio’s program director Rich Minor told Billboard “Die Young” is out of his station’s rotation, along with Foster the People’s “Pumped Up Kicks.” Foster the People’s hit is also taboo at Los Angeles radio station KIIS-FM, according to TMZ’s sources, though frontman Mark Foster has told interviewers he meant the song’s lyrics about a school gun massacre to “bring awareness” to what he sees as the underlying causes of youth violence.