Kanye West Had a Busier Weekend Than You

'Ye rolled up at shows in Brooklyn and Detroit, and on Game's "Rollin'" 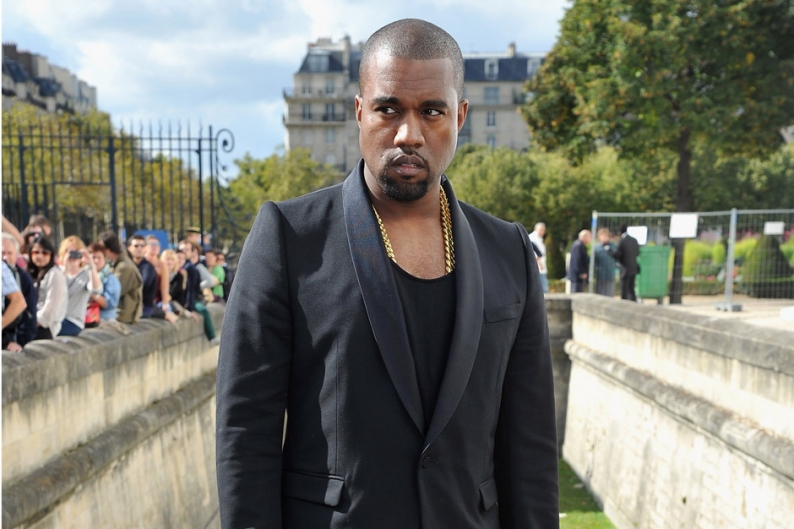 When you have, at the very least, a baby mama jet at your disposal, it ain’t a thing to spend a weekend stage-hopping. Such is the life of Kanye West, who began his Friday night in Brooklyn at a TNGHT show at Music Hall of Williamsburg. As Nah Right points out, when the trap-rave beatmakers cued up Cruel Summer single “Cold,” the G.O.O.D. godhead appeared genie-like from offstage and (presumably) did a verse, even though he didn’t have a mike or anything. Then just as fast as he’d appeared, he vanished into the darkness only to re-emerge the next night during the encore of Big Sean’s show in Detroit. (Billboard suggests his beautiful, dark, twisted presence is what delayed that show’s start time by 40 minutes.) West came on stage halfway through “Clique” and — with Common, Pusha T, and Teyana Taylor — stayed for supercloser “Mercy.” (Bucking tradition, they only performed it once through.)

Finally, on Sunday, ‘Ye cropped up on Game’s sixth #SundayService freebie “Rollin’,” which he produced with Cool & Dre. Game claimed in a tweet that while the track was recorded for upcomer Jesus Piece (out December 11), it was left off the LP due to sample clearance issues. Also featuring Trea the Truth, Paul Wall, Slim Thug, and a hook courtesy of Z-Ro, “Rollin'” erupts from a cloud of piano as West provides the intro with trademark braggadocio over a pitched-up gospel wail: “Will I ever change in this life? / My grandma said I’ll never change and she right / Y’all think that L.A. gang banging, shit right / Well you finna’ find out what the game be like.” Hear it below.