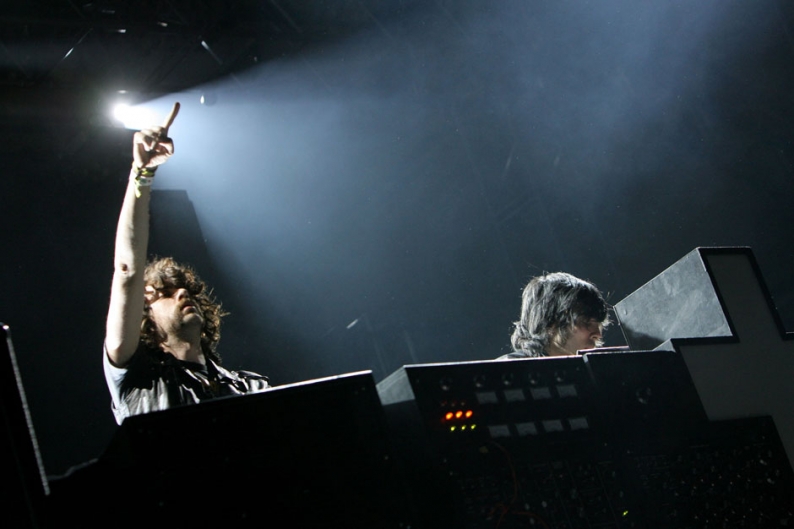 The way aggressive North American dubstep thudded into the zeitgeist this year makes Justice’s 2007 debut album sound all the more prescient. At the time, the Parisian duo of Gaspard Augé and Xavier de Rosnay was applying the pummeling aggression of hard rock to the robot-kissed filter-house of Daft Punk. Just add wub, right? For better or worse, last year’s follow-up Audio Video Disco took a slightly different route, climbing higher into the smoke-congested rafters of ’70s arena-rock excess, and since then they’ve already released a couple of remix EPs from the album, New Lands and On’n’On/Canon. On January 8, Justice will be served again in the form of the Ed Banger-issued Helix EP, which consists of an extended version of the album’s funky, lyrically incompehensible “Helix,” two other album tracks, and two remixes. Parisian producer Domenico Torti, whose other official credits are sparse, contributes a “Headspin Remix” (via Fader), which puts a jagged, frantic twist on the original. No new word yet on that King Kong musical score.