Johnny Marr Soars With Confidence on ‘The Right Thing Right’ 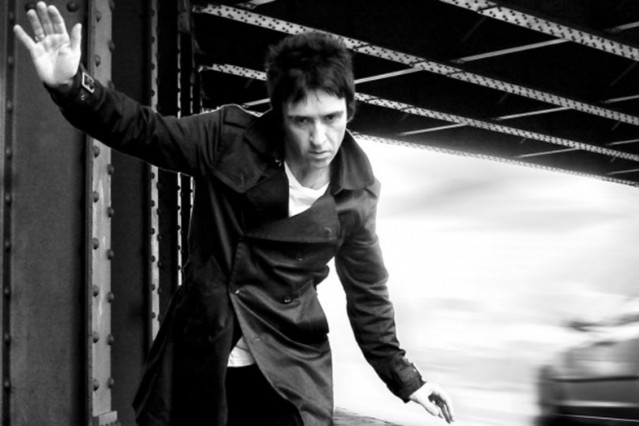 Johnny Marr has spent decades playing guitar in other people’s bands — namely the The, Modest Mouse, the Cribs, and, most recently, Dinosaur Jr. — but now the former Smiths member will finally deliver a solo album via The Messenger, due February 26, 2013, through Sire/ADA. If new cut “The Right Thing Right” (now streaming at Rolling Stone) is any indicator, the longtime ax-for-hire has never been so comfortable. “I’m on the right thing,” Marr intones on the soaring number with U2 ambitions that starkly contrast the uncertainty of his bleak lead single, “The Messenger.” Couple that self-assuredness with some gentle wah-wah guitar sweeps and marching two-two beat, and Marr’s got himself an arena anthem straight out of the (What’s the Story) Morning Glory? era. Not bad for a guy who just begged “Please, Please, Please Let Me Get What I Want” on BBC Radio.