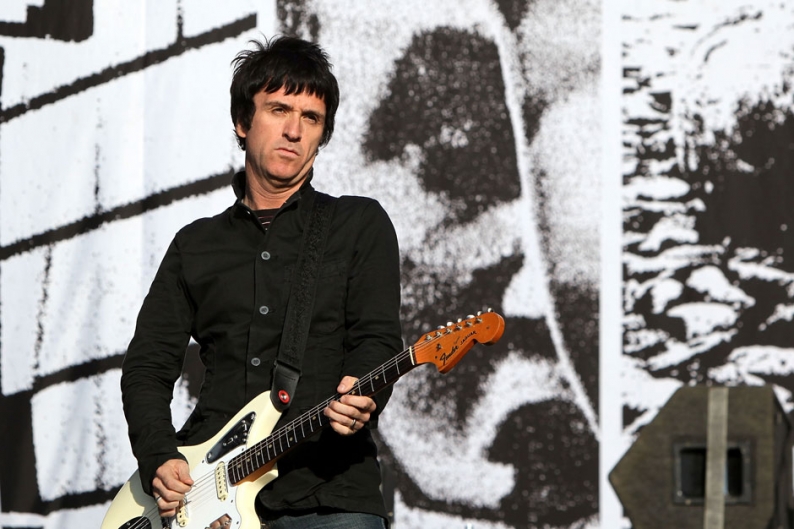 Johnny Marr’s solo debut album, The Messenger, arrives on February 26, 2013 (via Sire/ADA), but the longtime guitarist-for-hire recently dusted off a classic from his back catalog for BBC Radio 2: the Smiths’ 1984 torch tearjerker, “Please, Please, Please Let Me Get What I Want.” Marr’s voice doesn’t have the swell of Morrissey’s, but this rendition reveals a doo-wop drip not present in the original. Still, Marr lends an appropriate level of yearning and choked-up optimism to the signature B-side — a much sparer species of downcast than on the axman’s britpop-leaning single, “The Messenger.”

This Dermot O’Leary appearance isn’t the only bit of nostalgia Marr has indulged in lately. The self-described Stooges fan just shared the stage with fellow ’80s icons Dinosaur Jr., who celebrated the 25th anniversary of their landmark sophomore LP, 1987’s You’re Living All Over Me. Sonic Youth’s Kim Gordon and Lee Ranaldo, the Pixies’ Frank Black, and Kurt Vile also showed up at the December 1 birthday show.

Stream Marr’s take on “Please, Please, Please” below, courtesy of Slicing Up Eyeballs. The entire session, which includes a performance of “New Town Velocity” off The Messenger, can be heard over at the BBC.