Band of the Year: Japandroids

Rock’n’roll, as our forefathers conceived it, inflames the joyously self-destructive hedonism of young people and rekindles the rueful nostalgia of not-so-young people wistfully recalling joyously hedonistic and self-destructive days of yore. Rare — and not a little ridiculous, and, as it turns out, also wonderfully sublime — is the band that somehow strikes both chords simultaneously: actual young people uncorking reckless, beer-soaked, fist-pumping dipshit-kid anthems about how sad it is that they don’t have time for reckless, beer-soaked, fist-pumping dipshit-kid anthems anymore. Nostalgia that thrillingly negates itself.

Dudes in their twenties (well, they both turned 30 this year, but still) should be legally barred from crabbing about their lost innocence and vitality. And if they insist, they had better be prepared to kick rich amounts of ass. “Younger Us” does. Desperately flailing electric guitar, desperately pulverizing drums, desperately howled verses about stuff that probably happened last week:

Remember when we had them all on the run?
And the night we saw the midnight sun?
Remember saying things like, “We’ll sleep when we’re dead”?
And thinking this feeling was never gonna end?!

Presumably, the midnight sun is a Vancouver thing. And the key to keeping “this feeling” from ending, apparently, is to grouse about how it’s already ended, but in the most strident, triumphal way possible. That’s Celebration Rock, vibrant and sloppy and catchy and winsomely earnest and infectiously deranged, a raging fount of shambolic, sensational, sensationalist Replacements/Stooges/Hüsker Dü/etc.-style (North) American rock angst and bravado, loaded with shout-along bleary-nonsense choruses (“Hearts from hell collide! On fire’s highway tonight!”) that render the mundane epochal, transform last night’s dive-bar reverie into an audacious last stand. The backing vocals on this thing alone, the cannonball fusillade of WHOAs and OH-OH-OH-OH-OHs, a Greek chorus in the Animal House sense. Your heart surges, your heart aches. 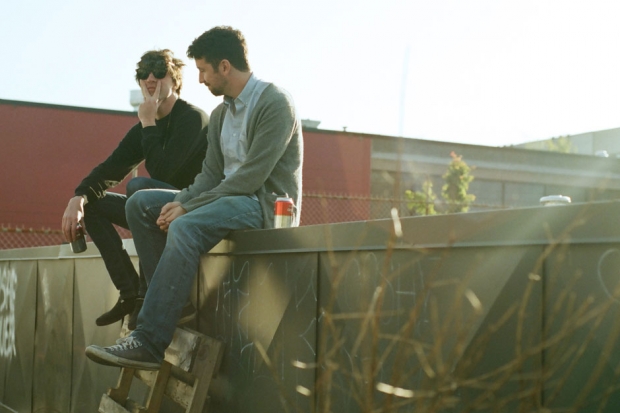 Eight songs, 36 minutes, no retreat, no surrender. Bookended by booming fireworks and the whiskey-sweat musk redolent of rock’n’roll grandeur way older than the guys channeling it. “Evil’s Sway” pummels you with the only four relevant words in the English language, as bequeathed by Tom Petty: “OH YEAH! ALL RIGHT!” A feedback- and enmity-drenched cover of the Gun Club’s “For the Love of Ivy” viciously saws the record in half, spewing vitriol bracingly uncharacteristic of the sweet-natured J’droids themselves: “Gonna buy me a graveyard of my own / And kill everyone who ever done me wrong.” And the barreling “Adrenaline Nightshift” is basically the Lonely Island’s “I Just Had Sex” as reconceived by Bruce Springsteen at his youngest and most ludicrously virile/verbal:

Congrats, dude! Every second is like this, like being high-fived by a crying man, enthralled by the bittersweet memory of the taste of the beer he is still drinking, still spraying all over you. No matter: You succumb, you believe, you melt into the hordes of blissed-out youth chanting “YEAH YEAH YEAH YEAH YEAH YEAH YEAH” like “Continuous Thunder.” Which, BTW, is your epic closing hymn, the year’s preeminent basement-make-out jam, calm and clean and romantic, throwing perhaps the record’s purplest lyrics (let us assume “Oh if I / Had all the answers / And you had the body you wanted / Would we love with a legendary fire?” is a rhetorical question) into dramatic relief. Share it with an unrequited crush you’ll still be pining over 15 years from now. And cue those fireworks. 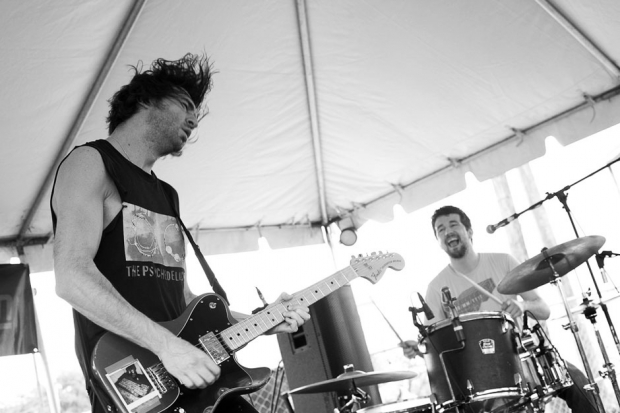 As for your hosts, they spent most of 2012 on the road, a two-man wrecking crew conjuring an exuberant racket belying their number and their size and the age they evidently feel, sheepishly apologizing for their one ballad’s alleged wussiness: “It’s a slow song, and it’s kinda fuckin’ weird,” as King politely explained to Denver, by way of introduction, promising to immediately play more fast songs afterward as compensation. Very sweet, very unnecessary. But on record, the tune is a necessary comedown to the year’s preeminent rock’n’roll song, full stop: the breathless, breathtaking “The House That Heaven Built.”

You know those slow-burning, expertly plotted, exquisitely crescendo-driven cigarette-lighter arias that gradually sneak up on you? “The House That Heaven Built” is not one of those. It’s 4:49 of pure adrenalized human stunted-growth hormone, whipping itself into a frenzy before you’ve got enough of a hold of yourself to crank up the volume — like being jolted awake to realize you are driving 115 MPH down the highway. (Okay, “Fire’s Highway.”) A master songsmith might suggest holding back just a touch at the onset, easing into it, gradually hitting the snares and the windmilled downstrokes and the yet-more-cathartic backing-vox chants (“AND THEY WILL!” “PULL YOU DOWN!”) a little harder, instead of pulverizing them all with all your might within the first minute. But this is not a band governed by restraint or subtlety or logic — they sound so young and invincible that they’re allowed to feel as old and doomed as they like. Whatever works. 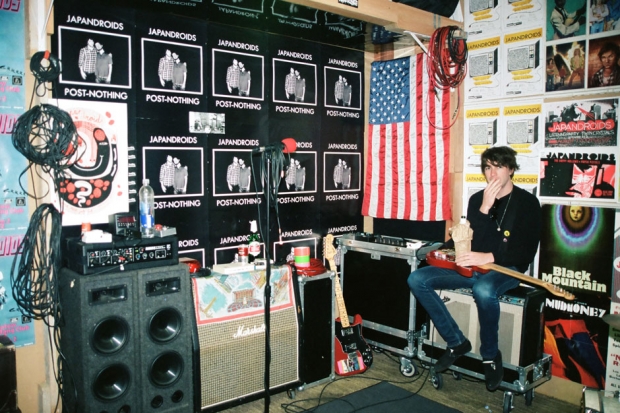 Maybe it’ll strike you as hilarious, the punch-drunken absurdity of it all. But undoubtedly the depth and ferocity of Japandroids’ commitment to fulfilling the promise of Celebration Rock‘s title will make you feel alive, and/or will conjure up the last time you last felt so alive, whatever year that happened to be, especially if it happened to be this year, especially if it happens to be right this second. They’ll sleep when they’re dead. They will never die. Neither will you. 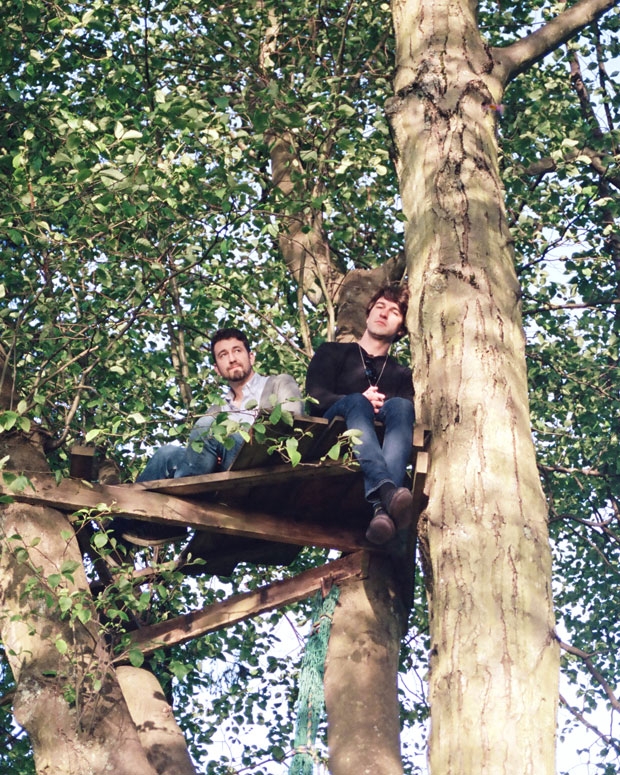 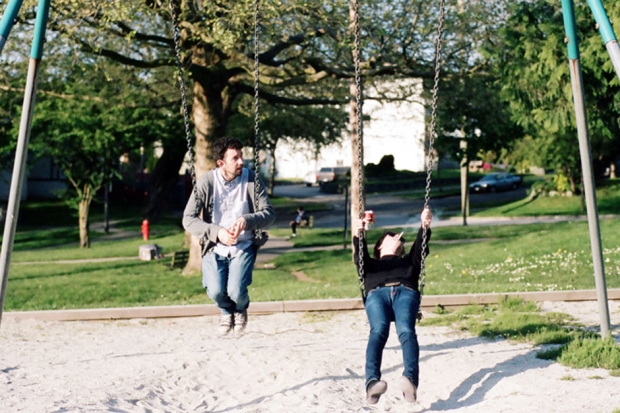 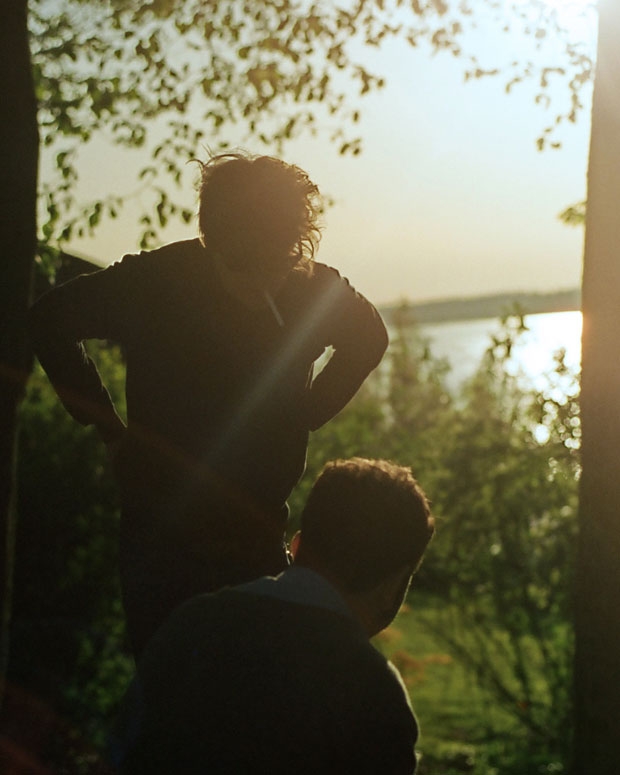