YOLOL: Drake Warns Walgreens and Macy’s to ‘Chill’ Over Sale of His Motto 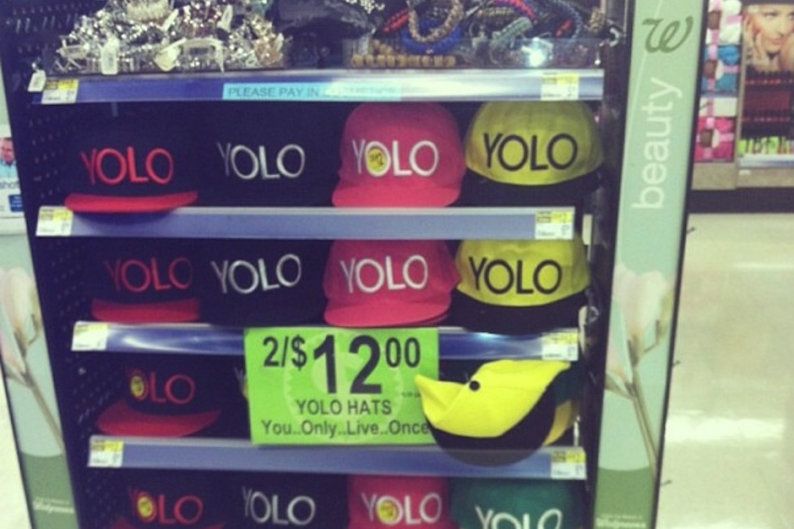 “Walgreens…you gotta either chill or cut the cheque.”

Instagrammers following Drake’s feed over the holiday (he shares photos under the nom de snap champagnepapi) saw the Toronto-born rapper commenting publicly on the YOLO phenenomenon as he witnessed it taking shape in a rack of ball caps at the drugstore chain, as Noisey reports. Though frequent collaborator Rick Ross also uttered “YOLO” (that’s “You Only Live Once”) on “Lord Knows” from Drake’s Take Care, the acronym found life most famously on “The Motto,” a Weezy-enriched iTunes bonus track from that same album.

While it’s not clear if Drake has any intention of pursuing legal action, or if he has a case in attaining intellectual property rights to YOLO, he did issue a similar warning to Macy’s via Instagram upon finding a Peanuts-themed T-shirt just as brazen: “Macy’s…same goes for you.”