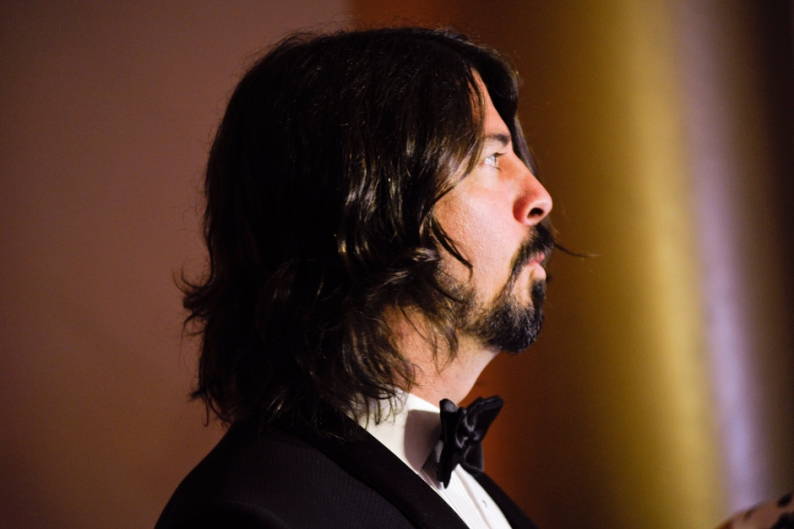 Anticipation for Dave Grohl’s directorial debut, Sound City, has been building since February when he released the frenetic, high-octane trailer for his documentary on the legendary Los Angeles recording studio of the same name. The most enthusiastic responses have come from Grohl himself, of course, who hand-wrote the film’s announcement and recently launched a SiriusXM radio show celebrating Sound City’s illustrious history.

Finally, after dropping two more trailers with no details on the movie’s forthcoming release, Grohl has given the thing a premiere date — er, range. Sound City will make its debut at the 2013 installment of the Sundance Film Festival, which runs January 17 through 27 in Park City, Utah. Grohl will be in attendance at the screening, as will a handful of artists featured in the film.

“As a first time director, I am humbled to be able to share my passion for songwriting and storytelling with this incredible cast of legendary musicians as seen through the extraordinary story of America’s greatest unsung recording studio, Sound City,” said Grohl via statement. “Being included in this group of artists is a true honor, and the Sundance Film Festival is the perfect place to premiere a film about craft, integrity, and passion for art. I am over the moon!”

In order to truly grasp to immense swath of talent captured in Grohl’s film, visit the Sound City site to watch interview snippets from Tom Petty, Josh Homme, John Fogerty, Mick Fleetwood, Butch Vig, Trent Reznor, Frank Black and many, many others. According to the announcement, Grohl’s first encounter with Sound City came in 1991, when Nirvana recorded Nevermind there.