Hole frontwoman must be more of a John fan 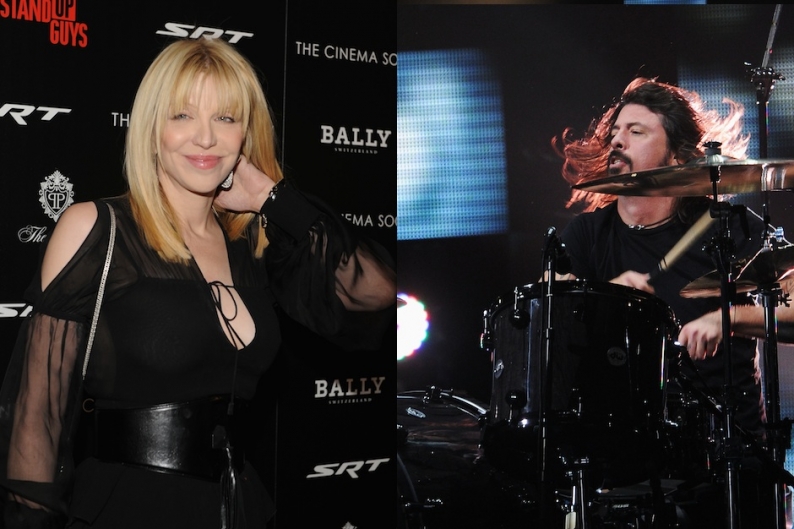 The words came straight from Paul McCartney’s mouth last night: “Nirvana reunion.” Of course, a key member of Nirvana was absent from the festivities, former frontman Kurt Cobain, who took his own life on April 5, 1994. Even before McCartney went up onstage with former Nirvana members Dave Grohl and Krist Novoselic at 12-12-12: Concert for Sandy Relief, Cobain’s widow was criticizing the gig, according to TMZ.

Courtney Love is quoted as saying she’s “not amused” by McCartney performing with the surviving members of Nirvana. “Look, if John were alive it would be cool,” she said, according to TMZ. Love is also reportedly upset at Novoselic and Grohl for the use of the phrase “Nirvana reunion,” because in her view Nirvana just isn’t Nirvana without Cobain.

To, um, cut the guys some slack, the only song McCartney, Grohl, Novoselic, and unofficial honorary Nirvana member Pat Smear performed together last night at New York’s Madison Square Garden was heavy new rocker “Cut Me Some Slack.” They resisted any temptation to let McCartney sing lead on old Nirvana songs, which was probably all for the best. Still, it’s hard to blame Love for being rubbed the wrong way by the whole situation.

For one thing, McCartney repeated the false statement that Nirvana’s surviving members “hadn’t played together for years,” which might explain why TMZ also reports the show marks Grohl and Novoselic’s first performance together in two decades. Look, this isn’t complicated: Not only was Nirvana’s last show less than 20 years ago (Cobain died in 1994, remember?), but Grohl and Novoselic have played together repeatedly over the years with Foo Fighters. In fact, Grohl, Novoselic, and Smear all played together just last year. Put it on your blog: Nirvana have been “reunited” for at least a year.